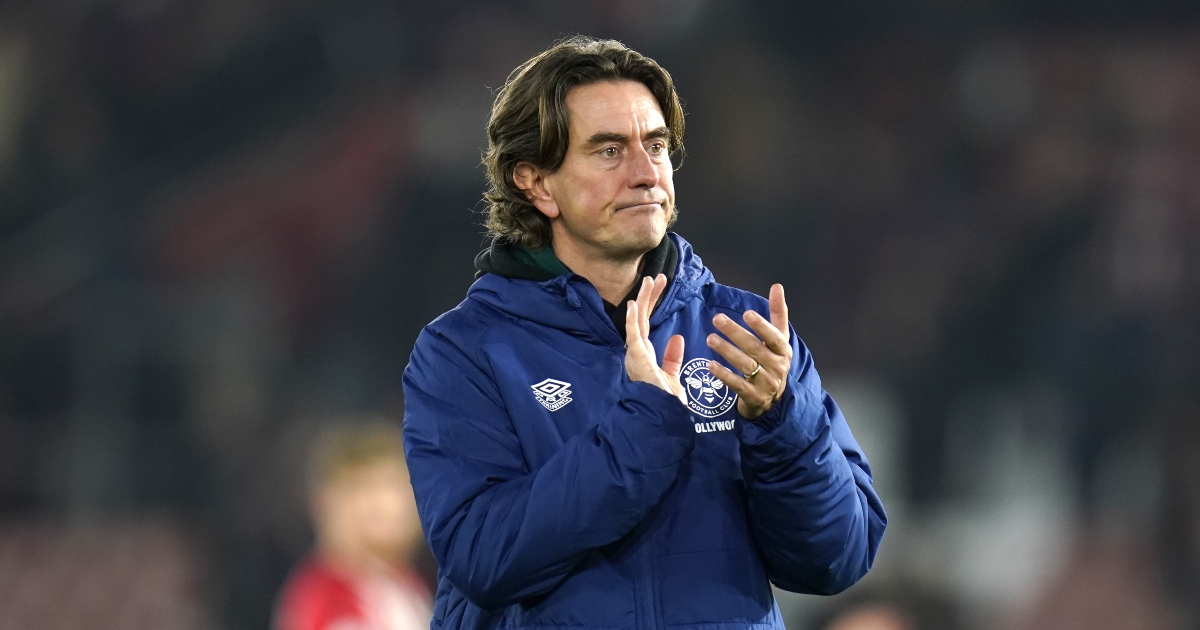 Thomas Frank has accepted an £8,000 fine after his red card following Brentford’s 2-1 Premier League loss to Wolves on Saturday.

The Bees boss was dismissed after final whistle by Peter Bankes after confronting the referee on the Brentford Community Stadium pitch.

Are Villa the kings of the surprise transfer? And other Mails…

Frank has now accepted the FA charge of improper behaviour towards the match official due to his overzealous remonstrations.

Brentford have now suffered six defeats in their last seven top-flight matches after a fine start to their maiden Premier League campaign.

“Thomas was charged with a breach of FA Rule E3.1 following Brentford’s Premier League against Wolverhampton Wanderers last Saturday, 22 January. Thomas admitted the charge and accepted the standard penalty. He was given an £8,000 fine.

“The FA charge was that Thomas’ language and/or behaviour towards referee Peter Bankes after the final whistle was improper.

“Thomas accepted this charge, and the financial penalty. Brentford FC has no further comment to make on the matter.”

Frank and his assistant Brian Riemer have both recently signed new deals to stay at Brentford until 2025, though the defeat to Wolves left an air of frustration in west London.

The usually unflappable Danish boss admitted he had let his emotions get the better of him when speaking to the officials after the final whistle.

“I was frustrated we didn’t get a point but I was relatively calm and there was a situation which triggered it,” said Frank after the match.

“I got a yellow card after a confrontation with a Wolves player, then I turned round to Peter and said ‘you can give me a second one as well’. He said it was because I was turning around and too aggressive.”

Elsewhere, Wayne Rooney has revealed he turned down an approach for an interview from Everton.

He said at a Rams press conference on Friday afternoon: “Everton approached my agent and asked me to interview for the vacant job, which I turned down.”

Rooney added: “I believe I will be a Premier League manager. I believe I’m ready for that, 100 per cent. And if that is with Everton one day in the future that would be absolutely great.

“But I’ve got a job here that I’m doing at Derby County which is an important job to me.”

He admitted he had to think long and hard about the offer.

“They got in touch with my agent, my agent let the administrators know as well, and yes of course it was a difficult decision for me (to turn it down),” Rooney said.