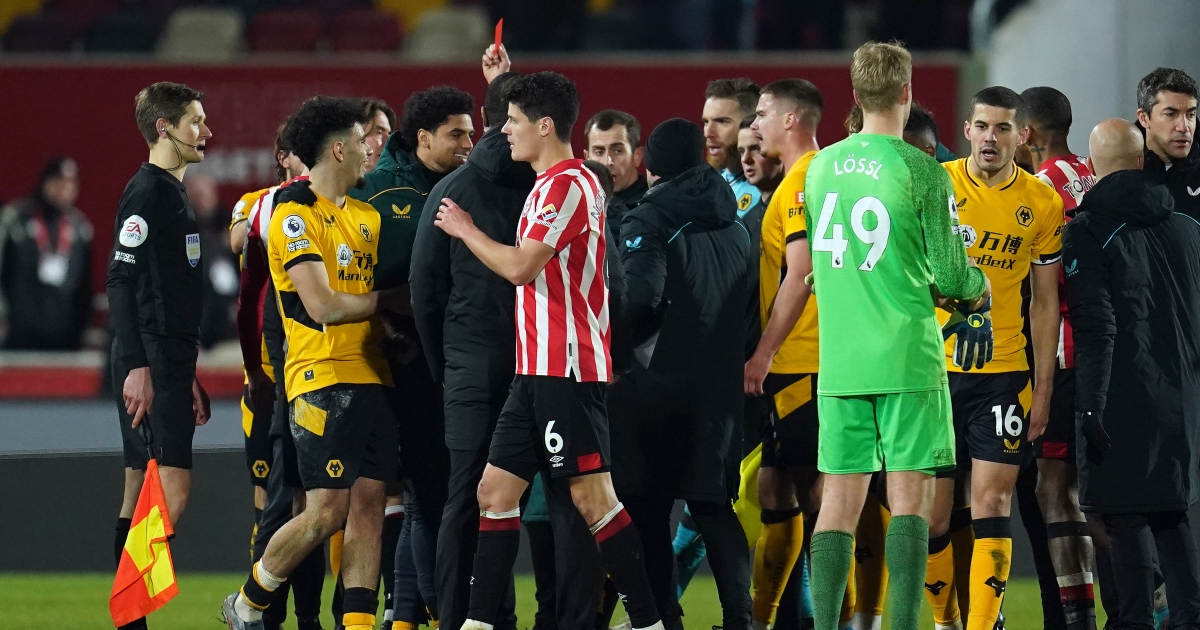 Brentford head coach Thomas Frank has been charged by the Football Association after he was sent off following Saturday’s defeat to Wolves.

The Bees lost 2-1 at the Brentford Community Stadium and have now suffered six defeats in their past seven Premier League fixtures.

Frank has been charged due to an alleged use of unacceptable behaviour towards referee Peter Bankes.

Watford have stumbled upon best short-term solution in Hodgson

“It is alleged that the manager’s language and/or behaviour towards the match referee after the final whistle was improper, and he has until Thursday [27/01/22] to provide a response.”

Speaking after the game, which was delayed for 20 minutes due to a drone flying overhead, Frank admitted his emotions got the better of him after he was sent off for confronting Bankes at the final whistle.

“I was frustrated we didn’t get a point but I was relatively calm and there was a situation which triggered it,” explained Frank.

“I got a yellow card after a confrontation with a Wolves player, then I turned round to Peter and said ‘you can give me a second one as well’. He said it was because I was turning around and too aggressive.”

Last week, Frank and his assistant Brian Riemer both signed new deals to remain at Brentford until 2025.

Frank said in a video message on Brentford’s official Twitter feed: “I feel privileged that I have the chance and opportunity to continue this fantastic journey.

“I’ve been here for five years and it has been a privilege and enjoyment every single day to work with this group of players and a fantastic staff, and also with the fantastic fans.

“We created a lot of Brentford history. I’m looking forward to doing my very best every single day to try to create some new history with all the fantastic people at the club.”