Brentford lost the play-off final in extra-time to Fulham. 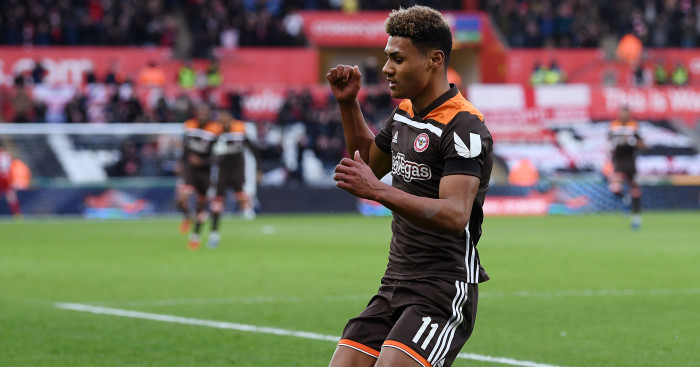 Brentford expect to receive at least £25million for Ollie Watkins, with Crystal Palace and Aston Villa battling to sign the free-scoring striker.

The Bees are braced to lose a number of top stars after their bid for Premier League promotion ended in play-off final defeat to Fulham, the PA news agency understands.

The in-demand Algeria winger Said Benrahma has been tracked by a host of Premier League clubs and is also expected to leave the Bees this summer.

MEDIAWATCH: Don’t blame Ozil when he was right to distrust Arsenal

But manager Thomas Frank and the Brentford board are determined to receive full market value for their leading talents.

Former Exeter forward Watkins has been rumoured to have an £18million release clause after Brentford lost the Championship play-off final to London rivals Fulham.

But the Bees are understood to be confident of receiving a higher fee for the 24-year-old who fired 26 Championship goals in his first season as a central striker.

Brentford have helped convert Watkins from a winger into a predatory goalscorer, helping the club push hard for Premier League promotion.

Losing Tuesday’s play-off final 2-1 after extra time at Wembley though has sparked the usual rush of transfer activity from Premier League sides keen to use that defeat as leverage to prise away the Bees’ top performers.

Brentford meanwhile have confirmed the departures of Nikos Karelis and Kamohelo Mokotjo.