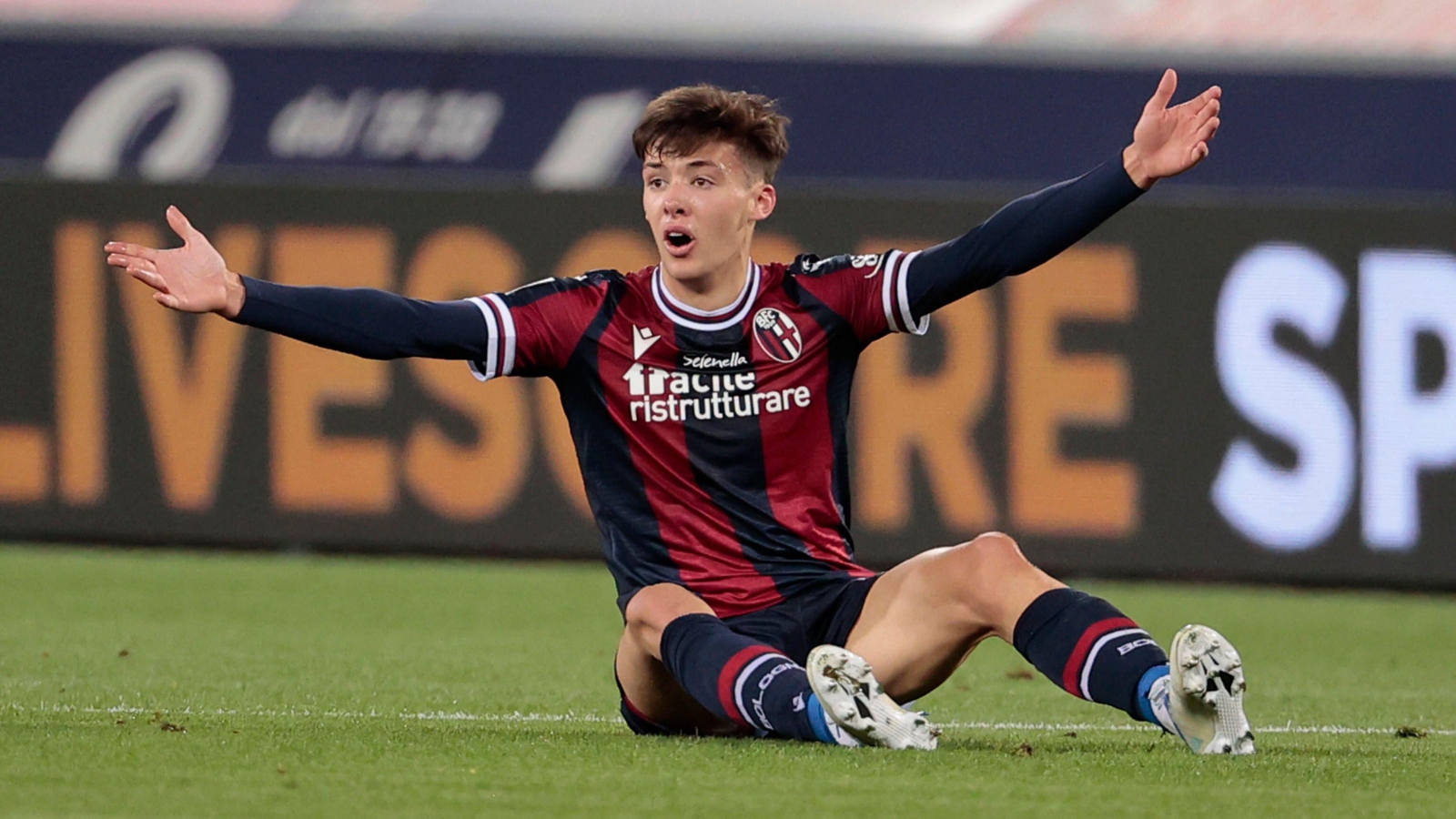 Brentford have reportedly struck an agreement over the permanent signing of Bologna defender Aaron Hickey for £14m plus add-ons.

Numerous Premier League sides have been linked with the Scottish international.

Arsenal were believed to be interested as Mikel Arteta sought some more defensive depth; as were London rivals West Ham.

Hickey can operate as a left-back, right-back and wing-back on either side and has impressed for Bologna since joining from Hearts in 2020 for around £1.5m.

He recently turned 20 and has four caps for Scotland after making his debut in March.

After proving himself to be a very versatile and promising player, Premier League club Brentford have agreed to sign Hickey, as per Fabrizio Romano.

Hickey will travel to England next week in order to undergo medical tests and sign. pic.twitter.com/OcK4rjs8zN

The youngster has agreed a five-year deal with the Bees and will travel to England next week to complete his medical and sign his contract.

Hickey will join for £14m plus add-ons after two fruitful years in Italy.

Romano also confirmed that Arsenal never made a bid for the 20-year-old. They “scouted” the Scot but were “focused” on players elsewhere.

He replied to a follower on Twitter: “Arsenal have never made any real bid for Hickey. Lot of rumours but they just scouted him, nothing else… focused on different players/positions.”

This is also according to Romano, who has reported Arsenal’s previous bids for the Ajax defender.

United’s bid is believed to be “better than Arsenal’s”, but still not enough for the Dutch champions to accept.

It is believed that this weekend will be huge in deciding the Argentine’s future, and the Red Devils have now made their move.

United are also “pushing” to reach an agreement on personal terms and Martinez will now “ask Ajax to leave” as he “wants” a move to England.