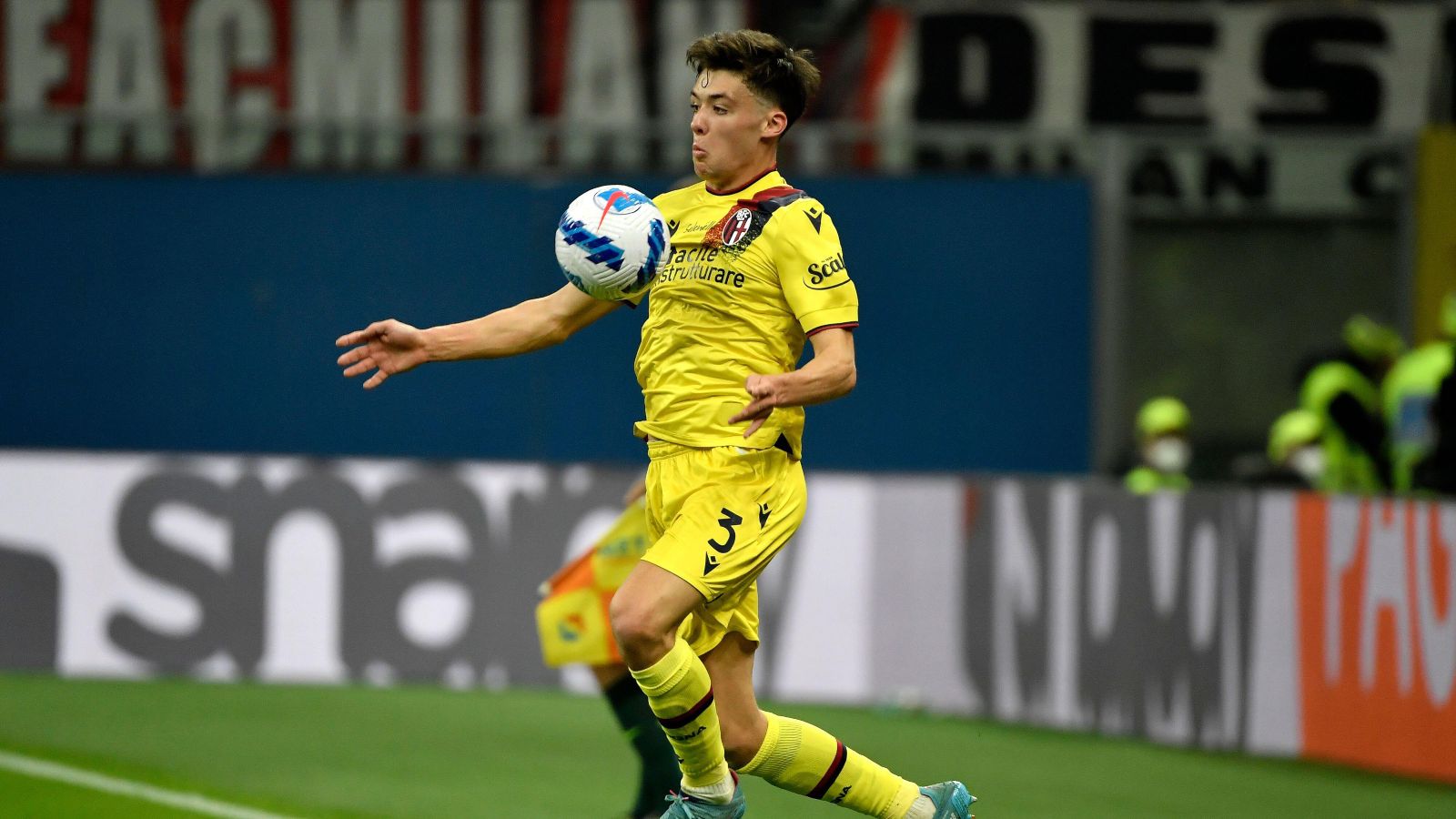 Premier League side Brentford have signed Scotland defender Aaron Hickey from Bologna for an undisclosed fee.

The 20-year-old, capped four times at senior level by his country, has agreed a four-year contract with the Premier League club.

Bees boss Thomas Frank told the club’s official website “He is only 20 and has played a full season in Scotland as well as almost two seasons in Serie A.

“We think that Aaron is a player with great potential, who already has an impressive number of games at a good level under his belt.

“We believe that we have proven we are a good club for players to maximise their potential. We think we can help him be even better.”

Hickey made his senior debut for Scotland in a 1-1 friendly draw against Poland in March and played the full 90 minutes in last month’s World Cup play-off defeat to Ukraine.

The Glasgow-born full-back started out in Celtic’s academy before turning professional with Hearts, for whom he made his Scottish Premiership debut aged 16.

At 18, he moved to Bologna after one full season with Hearts, and was a regular for the Serie A side last season, making 36 league appearances.