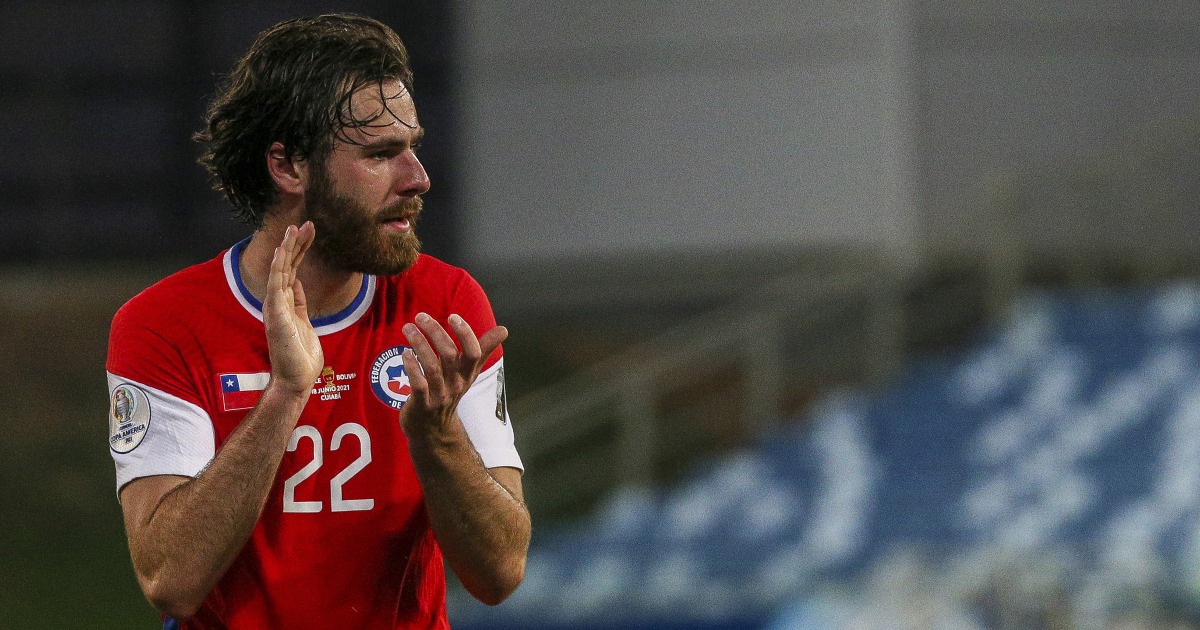 England-born striker Ben Brereton scored the only goal of the game as Chile defeated Bolivia 1-0 in their Copa America clash on Friday night.

The Blackburn Rovers man opened the scoring in the 10th minute following an Eduardo Vargas pass.

Chile’s victory puts them on four points in Group B, while Bolivia have accumulated zero points thus far.

Chile manager Martin Lasarte replaced the 22-year-old in the 84th minute after an industrious display in humid conditions.

It’s Luis Suarez and Uruguay next for Chile, who will be looking to maintain their unbeaten start to the competition.

Stoke-born Brereton has represented England at youth level but qualifies for the South American nation as his mother was born there.

His call-up came after his best season in a Blackburn shirt, having scored seven goals and registered five assists in 40 Sky Bet Championship outings.

Elsewhere on the international stage, Euro 2020 continues today after England and Scotland concluded Friday’s action with a 0-0 draw at Wembley last night.

The Three Lions looked lacklustre as Steve Clarke’s side were well-drilled and good value for the point, if not more.

John Stones had the best chance for England, heading a first-half corner onto the post.

This result leaves Gareth Southgate‘s men needing a point from their final group game against the Czech Republic to qualify for the last 16.

Reacting to the draw, Southgate told reporters: “I think it was a frustrating night and we know we can play better. Got to give Scotland credit, they defended valiantly and played well.

“We didn’t do enough to win the game but after that the thing we have to worry about in tournament football is we had to make sure we didn’t lose it. We know it’s a disappointment for our supporters, but we have to dust ourselves down and move on.”

Talisman Harry Kane was brought off for Marcus Rashford in the second half after failing to register a single shot on target.

Despite his poor performance, the decision received criticism from pundits due to Kane’s goalscoring talents.

Justifying the change, Southgate added: “We needed more runs in behind, I felt Marcus Rashford would give us that energy. We have to make these decisions based on what we see.”