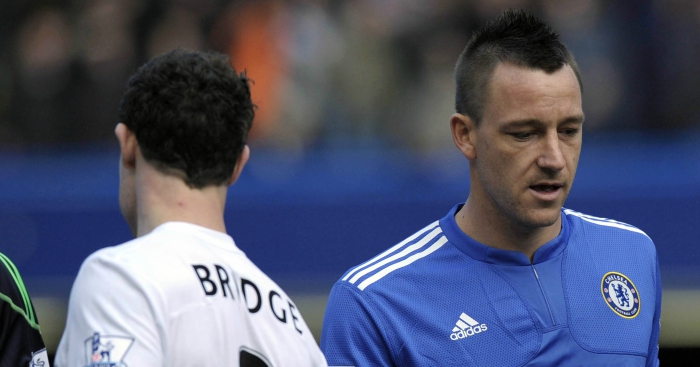 Wayne Bridge admits that he is perhaps “more famous for not shaking someone’s hand” than he is for playing football.

Bridge enjoyed a 16-year professional playing career before retiring at Reading in 2014.

But despite spending over a decade at the top level of the game, Bridge admits his non-handshake with John Terry is probably his most memorable moment.

“The most disappointing aspect of it all is that I’m probably more famous for not shaking someone’s hand than I am for playing football,” he told The Sun.

“I get abuse walking down the street now and I let it go in one ear and out the other. It’s a handshake after all, nothing more.

“It’s so hard for me to talk about the scenario because there would be other stuff to divulge. But what I will say is that I could not believe the atmosphere at the game that day and the reaction of my team-mates, in the build up to the match and during.

“I still don’t think anyone knows the full story but my team-mates that day were amazing. I felt like my team-mates wanted to win, for me.

“Players like Carlos Tevez and Craig Bellamy, who afterwards said some things I couldn’t believe.

“For us to win that day was unbelievable. I was disappointed in the way I played and didn’t think we would win.

“The atmosphere was incredible and it was a great result.”