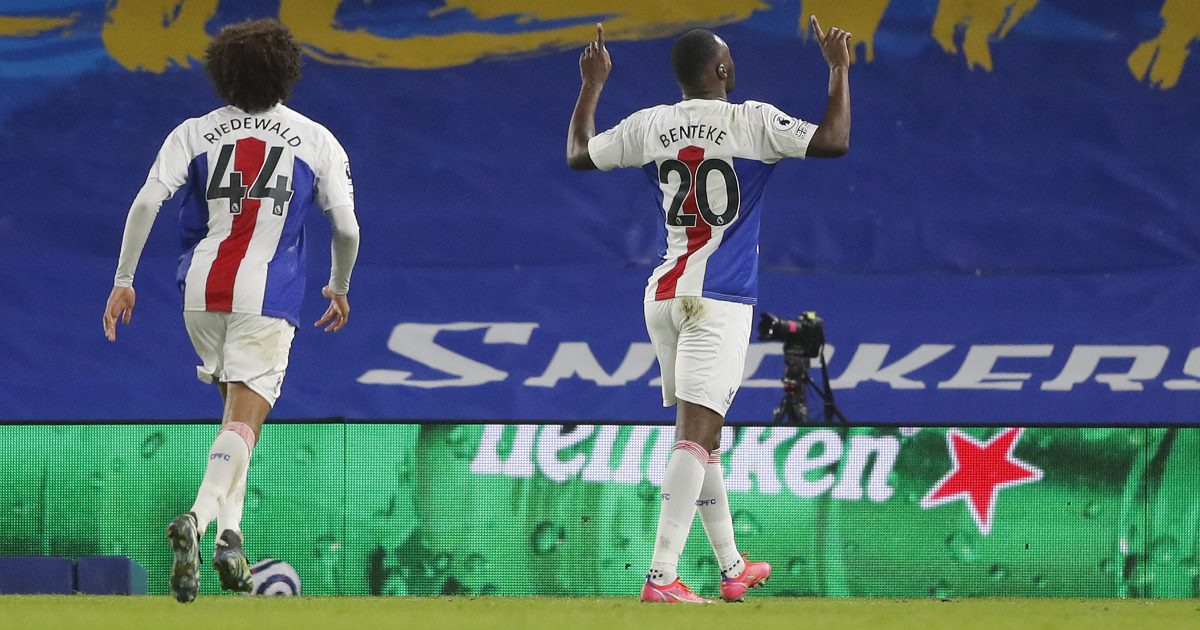 The Belgium striker lashed in Andros Townsend’s cross in the fifth minute of added time to return Palace to winning ways following successive defeats which had led to growing supporter unrest.

Brighton dominated proceedings at the Amex Stadium and levelled through Joel Veltman after the Eagles led at half-time courtesy of a superb, back-heeled finished from French forward Jean-Philippe Mateta.

Palace showed little ambition for much of the match and once again struggled to create in the absence of injured talisman Wilfried Zaha, with the two superb goals their only attempts on target.

Yet Eagles manager Roy Hodgson will be more than satisfied with a result which moves his side 10 points above the relegation zone.

Defeat for the hosts halts their club-record Premier League unbeaten run at six games, while scuppering their hopes of leapfrogging their fiercest foes for the first time this season.

Graham Potter’s men remain just four points clear of the bottom three after failing to capitalise on their superiority.