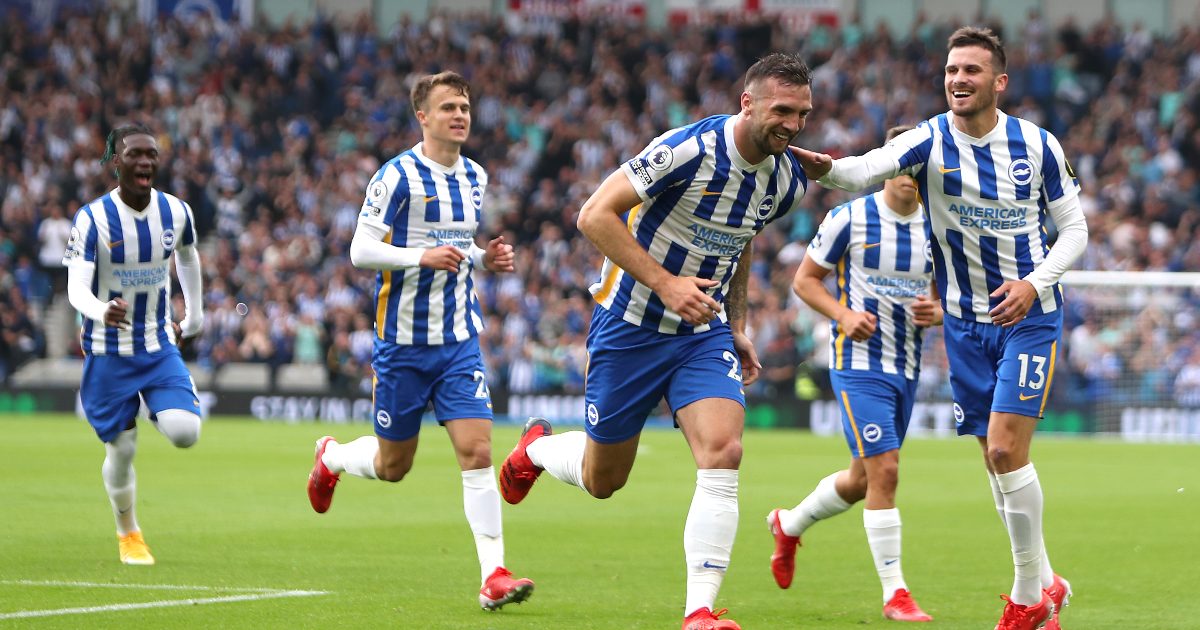 Goals from Shane Duffy and Neil Maupay sees Brighton maintain their perfect start to the 2021/22 Premier League season by beating Watford 2-0 at the Amex Stadium.

Duffy’s opener came from a Pascal Gross cross. The defender rose highest in the area to head home past Daniel Bachmann.

Maupay then doubled their lead before the break. Yves Bissouma took possession inside the Watford area before laying it off to the forward. He made no mistake as he expertly found the net before he had to be subbed off at half time with a shoulder injury.

Duffy’s first Premier League goal since November 2019 put Brighton in the driving seat, with the Ireland defender a popular scorer after a testing 18 months.

The 29-year-old spent last term on loan at Celtic after making just 12 starts in two years under boss Potter at Brighton.

But the death of his father and other off-field issues led to an error-strewn stint in Scotland, and Duffy did not starts for the Hoops after February.

Duffy returned to Brighton in the close season expecting to head out on loan again, only for his Seagulls status to turn entirely on its head.

Ben White’s £50million Arsenal move and injuries to Dan Burn, Adam Webster and Lewis Dunk opened the door – and Duffy has positively booted through the frame with his sparkling form.

Duffy might have impressed in last weekend’s 2-1 win at Burnley, but his towering header here cemented his hard-earned return to form.

Alongside Webster and skipper Dunk in defence, Duffy helped Potter’s men shut out a Watford side who could not cope with Potter’s tactical blueprint.

Brighton started at breakneck speed and could have plundered the lead straight from kick-off.

A promising raid petered out, but the Hornets failed to heed the immediate warning signs and the Seagulls refused to relent on that punishing pace.

The revitalised centre-back thundered his header home off the underside of the bar, leaving Watford stunned by the hosts’ early ferocity.

Brighton finally made that dominance pay thanks to Bissouma’s relentless graft.

The Mali midfielder punished Watford’s sloppy attempt to play out from the back, with a sweeping interception that quickly turned into an assist.

The French striker doubled his tally for the season in the process, having netted in last weekend’s win at Burnley.

Aaron Connolly replaced Maupay at the interval and promptly spurned a gilt-edged chance, skewing high and wide with the goal at his mercy from eight yards out.

Emmanuel Dennis thought he had dragged Watford back into the tie after bustling through and slotting past Robert Sanchez, only for the realisation to hit that he had long since been flagged offside.

But the bright sparks were few and far between for a Watford side seemingly caught out by Brighton’s hybrid formation.

The Seagulls’ mix of 3-4-4 and 4-3-3 will quickly become familiar to the Hornets given its current vogue, and manager Xisco Munoz will have to devise a smarter counter plan than that on offer on the south coast.