Bruno Fernandes knows United are struggling with some very basics aspects of their performance... 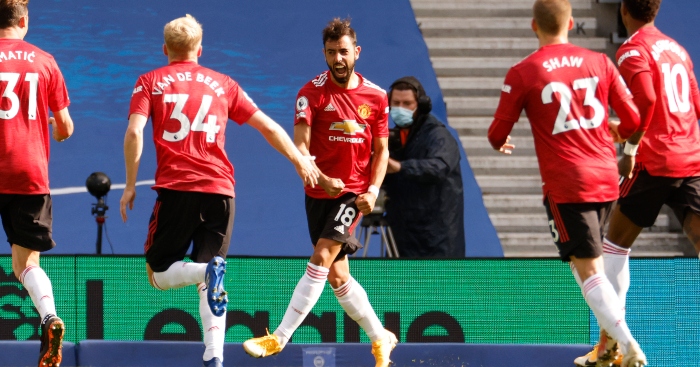 Bruno Fernandes admits Manchester United must do better in some basic aspects of their performance following the dramatic win at Brighton.

United rode their luck to seal their first win of the Premier League season courtesy of Fernandes’ penalty which was awarded after the final whistle blew at the AmEx.

Brighton were the better side for long periods but the Seagulls struck the woodwork five times and wasted a couple of other good chances.

Ole Gunnar Solskjaer knows United were let off the hook but Fernandes had little sympathy for Brighton. He is, however, concerned over United’s current form.

He told BT Sport: “Brighton did very well. Everyone can say they deserved more, but the point is to score more goals, not hit the crossbar or post. ”

“In the first half we left so much space for them to play.

“We were not as aggressive as I wanted, we gave away two goals and can do so much better.

“But big teams need to be like that, believe until the end.