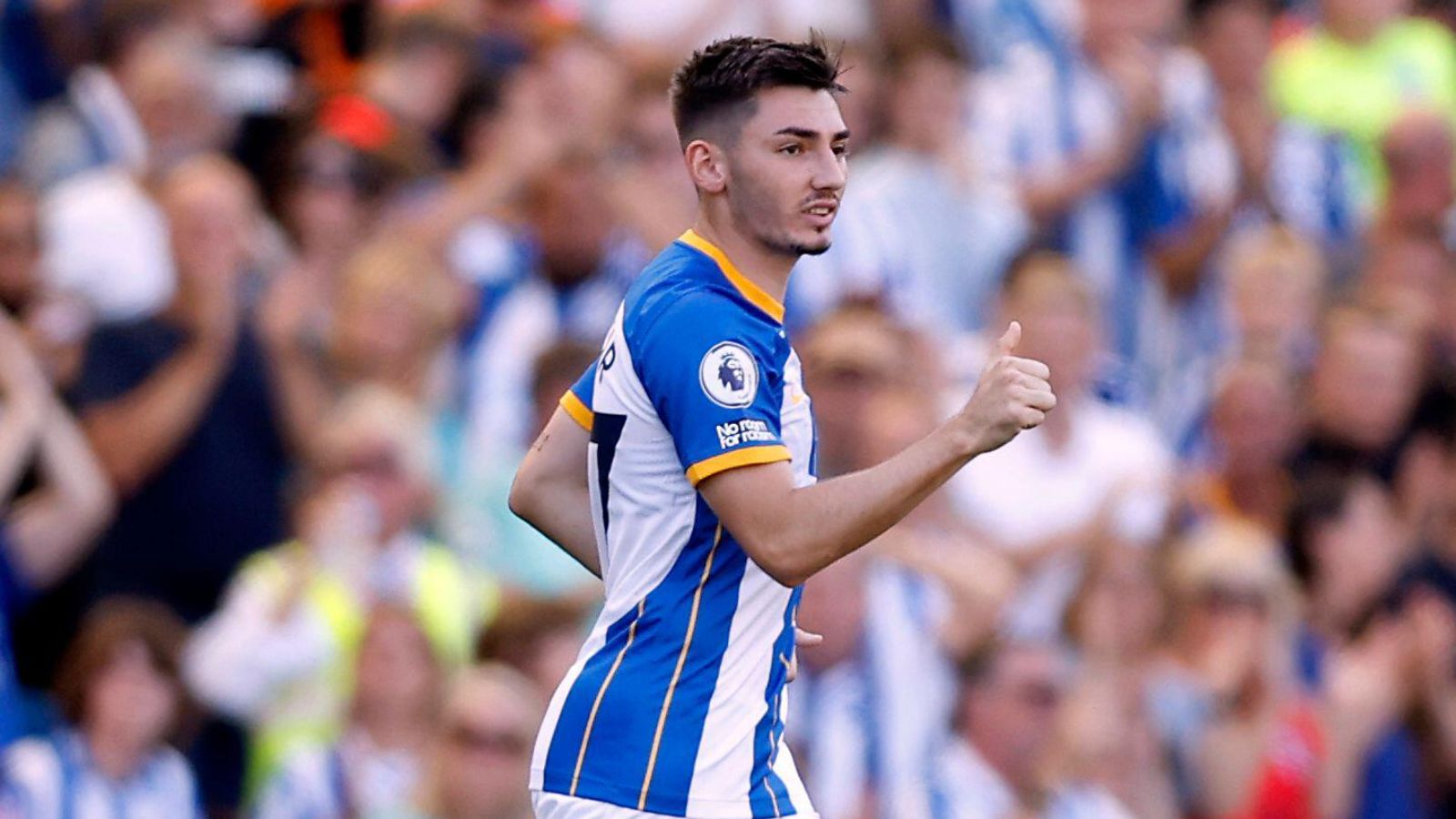 Chelsea sacked Thomas Tuchel on Wednesday morning and immediately triggered Potter’s release clause at Brighton before confirming him as their new boss on Thursday.

Gilmour swapped Stamford Bridge for the Amex Stadium on transfer deadline day despite a report claiming that Chelsea attempted to keep the midfielder at the club.

The Scotland international moved to Brighton for a fee of around £9m with Gilmour believing he had no place in Tuchel’s plans and that a starting berth under Potter at the Amex would be perfect for his development.

But nobody foresaw the Potter’s exit only six matches into the new Premier League season and nobody will feel his exit as much as Gilmour, who joined the Seagulls for the chance to work under the former Swansea boss.

And Brighton CEO Barber admits that the situation “isn’t ideal” for Gilmour but he has faith that the former Chelsea midfielder will remain professional as he’s a “very calm and very mature young man”.

“But my experience of working with professional footballers for the last 25 years is that they are resilient and pragmatic.

“My limited experience of talking to Billy is that he is a very calm and very mature young man.

“He has been around football all his life and I’m sure he will take this in his stride.

“He will be helped by the other players and by Andrew Crofts and Shannon Ruth as need be.

“The fortunate position we are in is that we are not facing Premier League matches tomorrow, this week or next week. We have time.

“The timing around the transfer window closing was always potentially going to leave one or two players in Billy’s situation if this happens.

“Players are resilient and professional and we have a good group and the senior players will bridge any gap that might exist and we will move on from there.”

Potter gave his first interview since signing for Chelsea on Monday with the 47-year-old insisting it was the club’s vision which convinced him to join.

“New ownership, who I was really, really excited with and impressed by, firstly as people and then their vision for the club and what they wanted to do.

“Of course, the history of the club speaks for itself, but it’s about trying to create that again in our own way.”

Potter added: “You can create a team where the players enjoy playing, which can transmit to the supporters. Ultimately the most important connection at a club is between the team and supporters.

“We like to play in an attacking way, a balanced way, and players have to feel free to make decisions and express themselves.

“It’s about winning, creating a team which competes, is honest and works together, it’s a combination between football and human values.

“From that come to some common ground and build relationships, communicate on a daily basis, build respect, trust and honesty, my starting point must always be the person first.”