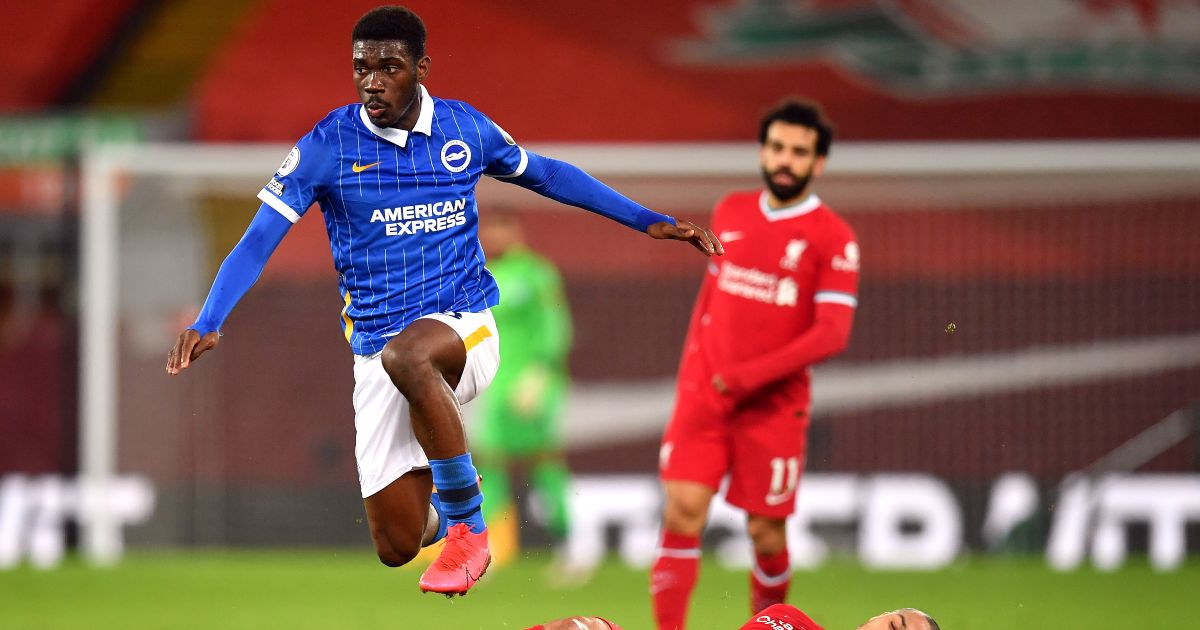 Liverpool will look to offload four players for £58m this summer while Brighton star Yves Bissouma won’t be coming to Anfield, according to reports.

Reports have claimed that the Reds have identified him as the perfect replacement for Georginio Wijnaldum, who will leave Anfield in the summer, with Barcelona his likely destination.

Jurgen Klopp has a wealth of midfield options to call upon with the likes of Fabinho, Jordan Henderson, James Milner, Thiago Alcantara, Alex Oxlade-Chamberlain, Curtis Jones and Naby Keita able to play there.

And The Athletic claims that the Liverpool boss ‘intends to keep faith’ with Keita and Oxlade-Chamberlain, who find themselves around the fringes of the squad.

Bissouma has been brilliant in midfield for Brighton as the Seagulls steered themselves well clear of trouble this season, playing some enjoyable football in the process.

But, with a deal for Ibrahima Konate tied up, it looks like Liverpool will be concentrating on outgoings for now with The Athletic adding that Divock Origi and Xherdan Shaqiri are ‘expected’ to depart in the summer.

Origi has been linked to Wolves as Liverpool look to get a £20m fee out of their fellow Premier League side, while Shaqiri is reportedly valued at just over £13m.

The Reds ‘will listen to offers for Harry Wilson and Marko Grujic’, who have returned from loan spells, with Liverpool hoping to raise £15m for each of them.

Taiwo Awoniyi – who has been on loan at Union Berlin – could also be sold, along with a number of other Liverpool youngsters, but he is thought to be the ‘most valuable’ with Fulham, West Bromwich Albion and Stoke City all showing interest in the £8m-rated Nigerian.

Meanwhile, Arsenal legend Ian Wright would be happy if Bissouma didn’t go to Liverpool as he feels the Brighton star would be better off at rivals Manchester United.

Speaking on his own podcast, Wright said earlier this month: “Bissouma’s making it clear now he wants to leave. Bissouma at Man Utd… that fits. He’s very good.

“You look at Bissouma, and he’s looking at Liverpool, we know that Liverpool have had their problems this season and you’ve got to choose between Liverpool and Man Utd in the current climate.

“I’m probably going to go with United. At the moment, yeah, because if we didn’t have the pandemic there’s certain things that’s going to happen where someone gets sold so they can finance [another signing].

“And what’s going on at Liverpool, there’s a lot of players getting into that 30 age bracket – Van Dijk, Henderson, the three guys up front.

“You think to yourself, ‘yeah Liverpool are magnificent with what they’ve done these last couple of years’. But you look at United and what United are on the cusp of doing, it’s a much more attractive proposition right now, much more.

“And I’m not being disrespectful to Liverpool, but it seems to me at Liverpool… where’s the funding?

“You’ve got three unbelievable players [Mo Salah, Sadio Mane and Roberto Firmino] who are getting to a stage of their career where they’re like, ‘can I go to Real Madrid?’… no, it’s not looking as attractive, with all due respect to Liverpool.”