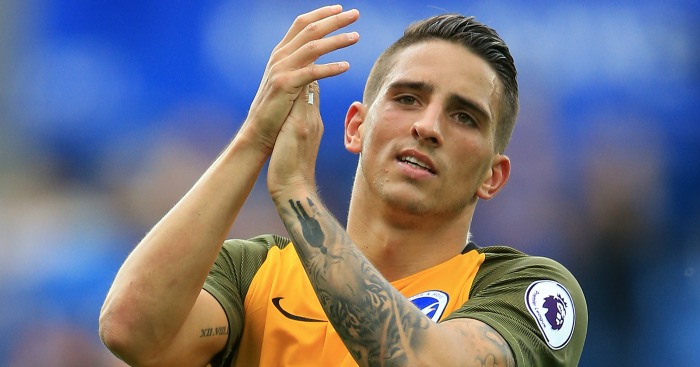 Brighton boss Chris Hughton’s attacking options will be boosted when they head to Watford on Saturday.

Glenn Murray will be fit after missing the 1-0 Carabao Cup win over Barnet with an ankle knock, Anthony Knockaert is in line for a first Premier League start of the season and Colombian winger Jose Izquierdo could make his debut following his club record switch from Bruges.

And Hughton is also looking forward to welcoming 21-year-old Ghana frontman Raphael Dwamena, who has agreed a move from FC Zurich subject to a medical, work permit and international clearance.

“He’s another centre-forward and you need options, because of injury and the need to change things,” said Hughton.

“He’s a young talent, a good all-round player who’s prepared to run behind, a left-footer, so a good, all-round centre-forward and a good one not only to give us something now but to develop as well.”

Knockaert got 45 minutes under his belt against the League Two Bees to build up his fitness following an ankle injury.

But it was his replacement, 19-year-old James Tilley, who grabbed the winner with his first senior goal nine minutes after coming on as a substitute.

Hughton added: “I’m really delighted for James, coming on and getting the goal. It’s certainly good for the club and the supporters as well. He’s a lad that’s come through the ranks here, and it’s all about development.

“There were a few scary moments down his flank in the last period, and that’s the other side of the game. He’s got wonderful ability and to reach the top levels that you want to, you’ve got to have that mixture in your game.”