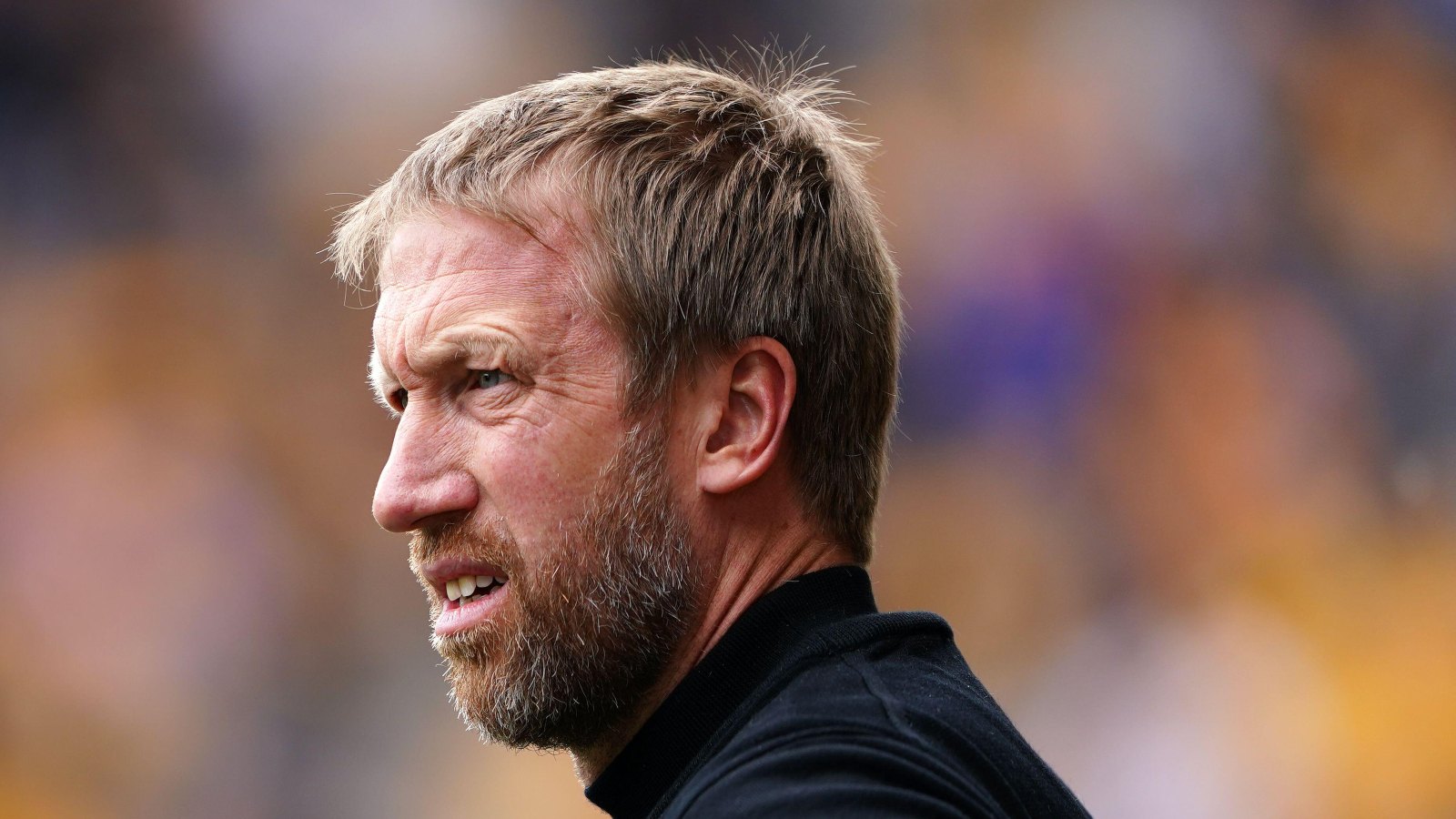 Brighton boss Graham Potter is expecting a hostile atmosphere when his side travel to relegation threatened Leeds on Sunday.

Jesse Marsch’s hosts are scrapping for Premier League survival and plunged into the drop zone on the back of last weekend’s 2-1 loss at Arsenal.

Defender Luke Ayling was dismissed for a reckless first-half lunge against the Gunners, before winger Dan James picked up a costly red card in Wednesday’s 3-0 home defeat to Chelsea.

“You expect it – they’re a team who’s fighting for their lives,” said Potter.

“They’re doing everything they can to stay in the Premier League; they’ve lost two players with that.

“Of course, there’s a fine line between what we understand is aggression and winning the ball and competing and then obviously if it goes the other way the referee has to act.

“But we respect what they’re trying to do, we respect the game and we’ll go up there and compete and do our best.

“It’s Elland Road, the last home game of the season for them, last chance for them to support the team, so we’re expecting a hostile, tough, challenging environment.”

Leeds sit below Burnley on goal difference, having played a game more, ahead of hosting Albion on Sunday and then travelling to Brentford on the final day.

Graham will be speaking to the press shortly ahead of our trip to #LUFC. 🗣️

Potter has warned his players of what lies in wait in West Yorkshire.

He said: “You have to make them aware because you don’t want them to just walk in and go, ‘what’s going on here?’

“We expect a hostile game, we expect aggression, we expect all of that because the supporters are going to be trying to help them as much as they can.

“It’s up to us to try to change that narrative and make it more difficult for them. But it’s going to be a test and the guys are looking forward to it.

“It’s a good game for us. It’s not like we’re playing against a team with nothing to play for, if you like. We have to make sure we go there and perform well.

“I have a lot of respect for Leeds United, what they’ve achieved recently and their history in general.

“But we can’t think about that, we have to focus on performing well and try to get three points.”

The Seagulls, who end the campaign at home to West Ham, are chasing a maiden top-half finish in the Premier League, having already achieved a club-record points tally.

“It’s more comfortable, but I still don’t think you necessarily enjoy it,” Potter said of his side’s league position.

“There are always problems to solve and trouble around the corner.

“We’re not relaxing, we want to finish the season strongly.

“But we’re happy with what we’ve done so far, and it’s going to an exciting last two games because we want to add to our points tally.”