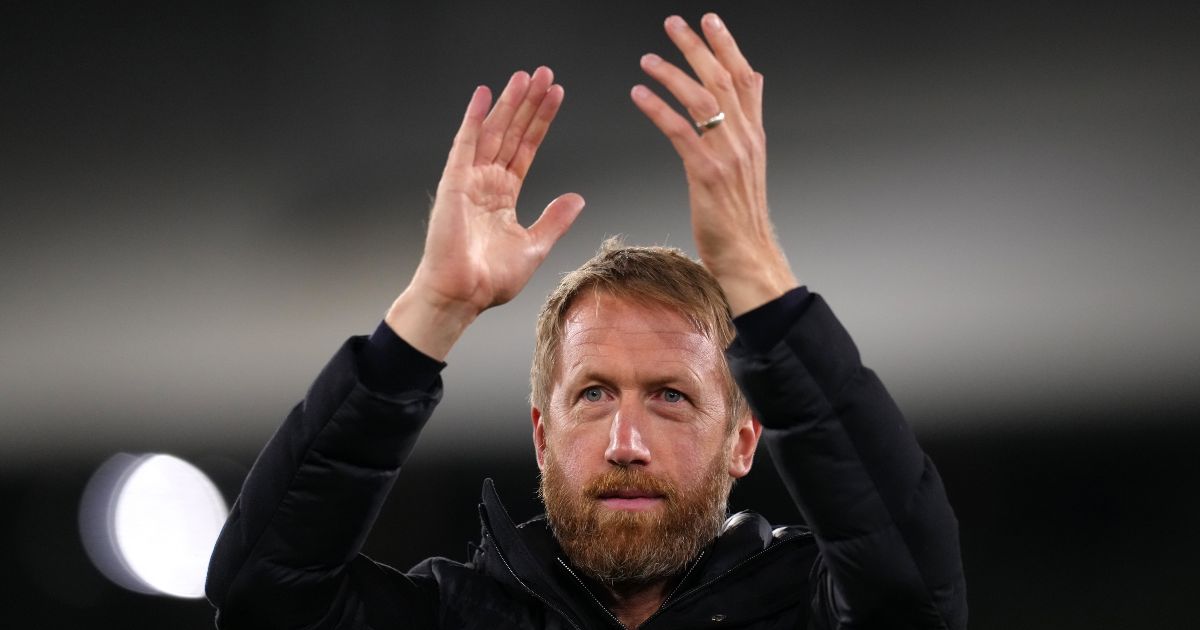 Brighton are reportedly bracing themselves for an approach from Spurs for manager Graham Potter amid pressure on Nuno Espirito Santo.

The Portuguese coach has won four and lost three of his opening seven Premier League matches as Tottenham boss and is already coming under pressure.

Spurs are actually only four points off the top of the Premier League but it is their performances – especially in their 3-1 defeat to arch-rivals Arsenal – which have worried fans.

There has been quite a bit of criticism already for the former Wolves boss but it’s unlikely they would part company until the end of the season unless things go really badly.

The Athletic journalist David Ornstein recently revealed that Spurs chairman Daniel Levy has inserted a termination clause into Nuno’s contract which allows them to sack him at the end of the current season if they wish.

However, the Sunday Mirror (via The Boot Room) claims that Brighton are ‘concerned’ that Tottenham could make another approach for Potter – who they reportedly wanted as their manager in the summer – soon with Nuno under pressure.

The report adds that Nuno is on ‘thin ice’ at Spurs and that Levy is ‘prepared to pay compensation to land Potter’ in the coming months, with Brighton prepared to hold out for £15m for their boss.

Another report in The Sun yesterday claimed that Potter was ‘in the frame’ for the Newcastle United job following the completion of their takeover.

It has been widely reported that Steve Bruce is set to lose his job next week and Potter is on the ‘new owners’ wanted list after transforming the Seagulls’ fortunes’.