Home All The News Brighton, Burnley among clubs hoping to sign Liverpool defender 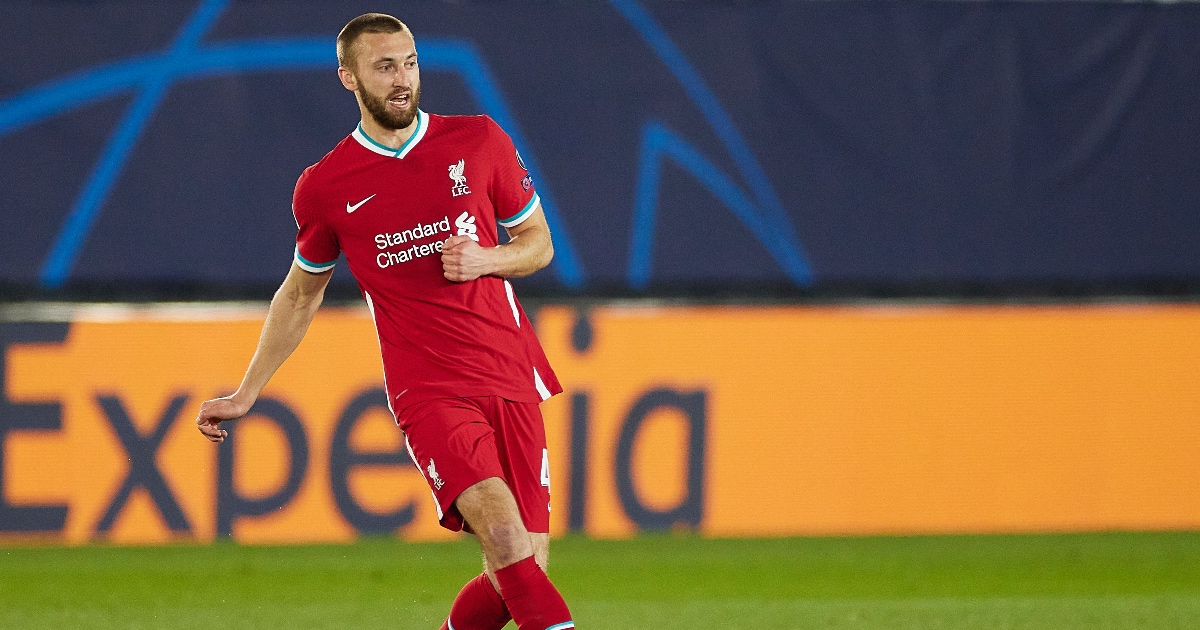 Brighton and Burnley are leading the race to sign Liverpool centre-back Nat Phillips, according to a report.

The Englishman became a surprise hero at Anfield last season due to the club’s injury saga.

He put in some solid displays during his 20 appearances and even scored his first Premier League goal against Burnley on the penultimate day.

But according to Goal, Liverpool might be open to selling Phillips this summer if they receive an appropriate bid.

Brighton and Burnley are the two sides most keen to sign the 24-year-old.

They’re joined by Newcastle and Southampton, who are both monitoring his situation at this point.

Liverpool have boosted their options in central defence with the acquisition of RB Leipzig’s Ibrahima Konate.

His arrival means Phillips won’t get much as game time next season and could be allowed to leave, despite a move going against Klopp’s wishes.

The manager was effusive in his praise for Phillips throughout 2020/21.

Fellow centre-back Rhys Williams could also spend the next campaign on loan in a bid to gain more experience.

Phillips was asked about his situation at Liverpool recently. The Bolton-born player said: “The plan at the moment is to go back to Liverpool for pre-season and just go from there, really.

“In terms of Liverpool, they obviously play a huge amount of games every year. Game-time is never guaranteed for anyone, but it would depend on whether there’s enough opportunity within those games for me, I guess.”

Brighton and Burnley are the clubs most likely to bid due to their current transfer links.

Seagulls star Ben White has been the subject of a £40million offer from Arsenal. He could be sold in the coming weeks if the Gunners up their price.

Burnley are also preparing for the potential sale of James Tarkowski, with West Ham and Leicester keen on the England international.

The Clarets have already agreed a £12million deal with Stoke City for defender Nathan Collins.