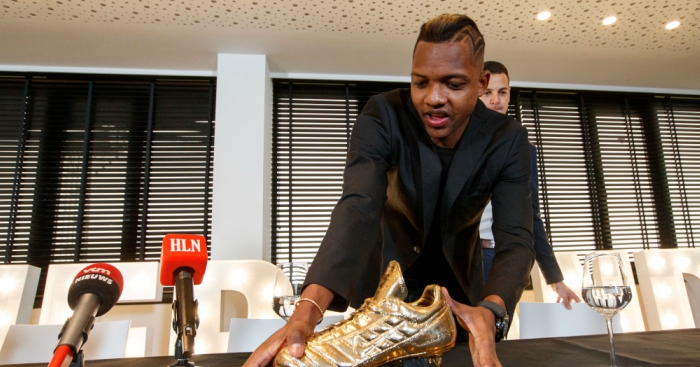 The 25-year-old has signed a four-year deal for an undisclosed fee believed to be around £13.5million.

Izquierdo, who scored 14 goals in 28 appearances for Belgian side Club Brugge last year, is in line to make his debut for the Seagulls in Tuesday night’s Carabao Cup tie against Barnet – as long as he receives the necessary clearance in time.

Manager Chris Hughton told the club website: “This has been a very complex deal, but I am absolutely delighted we are finally in a position to confirm it is completed.

“I would like to thank all those involved for their hard work and I’m delighted Jose is now able to begin work.

“He has already been in Brighton and Hove for a period of time, and been able to meet his new colleagues, but has not been permitted to train with us – so he is now very keen to get started and we are looking forward to working with him on the training pitch.

“He’s a very exciting player to watch, and along with that excitement he will bring pace and creativity to the team – he also has an excellent goalscoring record.”

Izquierdo, who featured in Colombia’s friendly matches against Cameroon and Spain earlier this summer, won the Golden Shoe – Belgium’s Player of the Year award – in 2015-16.