Home All The News Brighton complete signing of Trossard from Genk 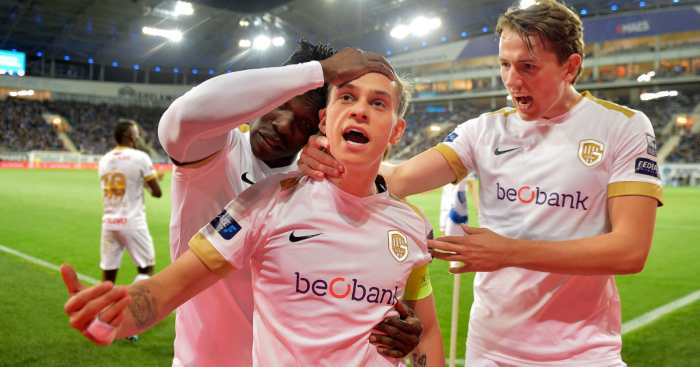 Brighton have completed the signing of winger Leandro Trossard from Belgian champions Genk for an undisclosed fee.

Trossard has agreed a four-year contract at the Amex Stadium.

The 24-year-old captained Genk to the Belgian title last season, scoring 22 times and contributing 11 assists in 47 appearances in all competitions.

Albion head coach Graham Potter told the club website: “We are delighted to welcome Leandro to the club and excited about the impact he can have for us.

“He’s an attack-minded player who had a very impressive season last year in helping Genk win the league title.

“He was influential in the side’s success last term and scored a lot of goals, as well as creating chances for others.

“At 24 he also brings good experience, having captained the side and also featured many times in the Europa League.”

Trossard had been linked with Albion’s Premier League rivals Arsenal and Aston Villa.

He came through Genk’s youth system and became a first-team regular in 2016 following loan spells with Lommel, Westerlo and OH Leuven.

The former Belgium Under-21 international has already been included in Roberto Martinez’s senior international squad but is yet to make his debut.

He gained Europa League experience during his time in Belgium, including helping Genk reach the quarter-finals of the competition in 2017.

The move to Sussex completes a whirlwind few days for Trossard after he married fiancee Laura Hilven in Belgium on Saturday.

He said: “It’s been a busy few days for sure, but both myself and my wife are really happy about our new life in England now,” said Trossard.

“It’s an exciting adventure for me to play in the Premier League with Brighton.

“It was a dream last year, it was my boyhood club who I captained to the league title. I’d already been there a long time which made it more special.

“The head coach here wants players to take responsibility and I know I can bring that now, not only on the pitch but away from it too, it will do me a lot of good.”