Home Brighton Brighton defender Webster ruled out until next month 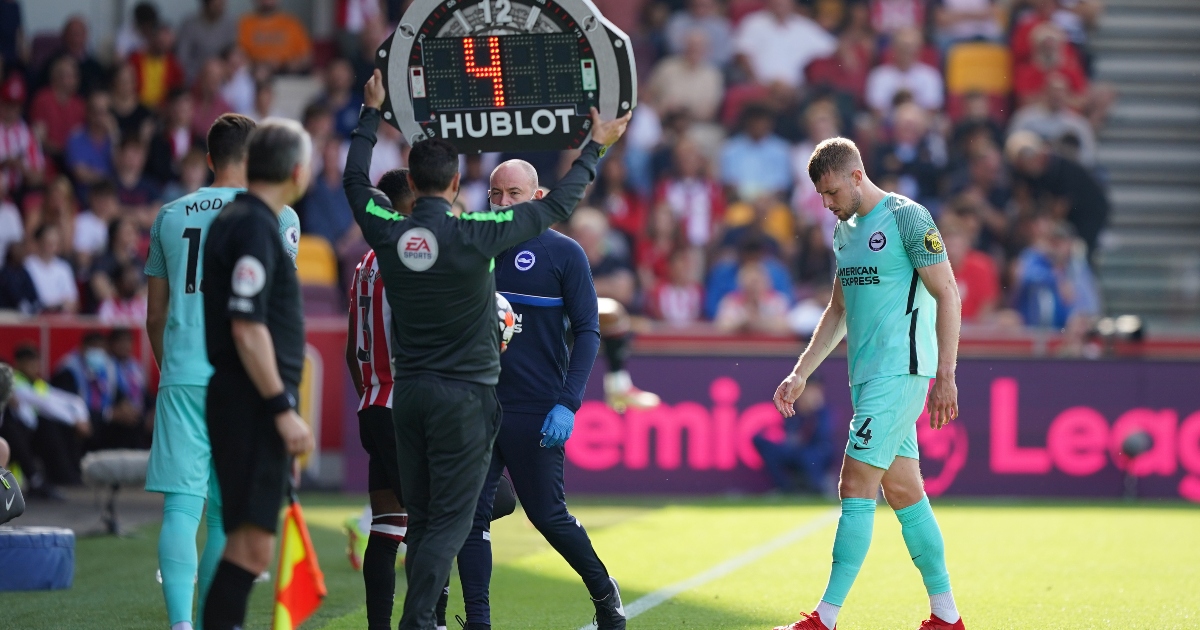 Brighton boss Graham Potter has confirmed that defender Adam Webster will be out of action until after next month’s international break.

Webster came off in the first-half of last weekend’s 1-0 win away to Brentford.

The Seagulls face Leicester City on Sunday in what should be an interesting encounter between Potter and Foxes manager Brendan Rodgers.

Ahead of the match, Potter said: “Maybe the other side of the international break is where we’re looking with him [Webster], if we’re being sort of fair to him and a bit of recovery.

Potter added:  “I spoke a lot last year about the margins being really tight and often they fell on the wrong side of us. We just carried on working, and this time I think the margins have been in our favour.

“We didn’t get too down on ourselves when results weren’t going our way, and we’re not going to get carried away either when they have gone our way. It’s a case of trying to improve, trying to focus on the next match.

“Our expectations don’t change. Short-term, results can happen, good and bad, but I think you’ve got to stay consistent in terms of where you are with your thinking and keep trying to get better. That’s where we’re at.”

Sunday’s opponents Leicester go into the match after drawing 2-2 at home to Napoli on Thursday night in the Europa League.

The Foxes went 2-0 up in the second-half but a double from Victor Osimhen powered a comeback for the Serie A outfit.

Harvey Barnes and Ayoze Perez were on the scoresheet for Leicester and summer signing Patson Daka had a goal disallowed for offside.

Leicester and Napoli are two of the favourites to lift the trophy in May.