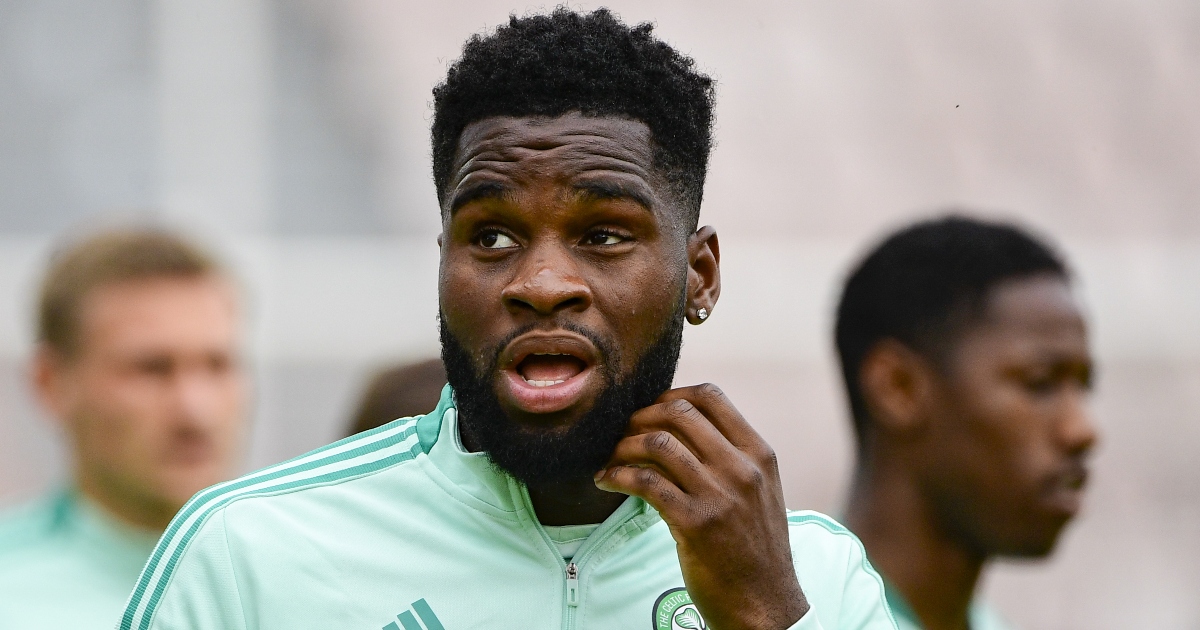 Brighton and Hove Albion have made an official bid to sign Celtic striker Odsonne Edouard, according to reports.

The France Under 21 international could cost the Seagulls up to £18million, and they are looking to tie up a deal for him ‘early next week’ after ‘finally’ making an offer says the Daily Mail.

Agreeing personal terms should not be an issue with the former Paris Saint-Germain player very keen on a move to the Premier League.

His contract expires next summer so Celtic will also be eager to offload the Frenchman this summer to ensure they don’t lose him for free.

Edouard joined the Hoops for £9m in 2017, and PSG are reportedly due 40 per cent of any profit from his sale.

The 23-year-old was left out of Celtic’s starting line-up for Thursday’s 4-2 win over Jablonec in a Europa League qualifier after a poor start to the season.

It is possible that his head is elsewhere as he clearly wants a move away from Parkhead.

Manager Ange Postecoglou has made it clear that he will allow unhappy players to leave the club this transfer window and will look to sign a replacement for Eduoard if he leaves next week.

Brighton registered an interest in the striker last month and were perhaps waiting for the sale of Ben White to Arsenal to officially lodge a bid.

They received a whopping £50m from White’s sale – so it could be a busy few weeks for the south coast club.

Edouard has an impressive 83 goals in 172 appearances for the Bhoys which is a welcome sight for Graham Potter considering his team’s troubles in front of goal last season.

He also stars for France’s U21 side whenever he plays, boasting an excellent 17 goals for Les Bleus in 14 appearances.

Brighton have played two pre-season friendlies so far and only have one more in line before the PL season kicks off.

Potter’s side have registered 0-0 draw against Celtic’s Old Firm rivals, Rangers, and a 3-1 win against Luton Town so far.

They face Getafe on Saturday evening before kicking off their league campaign against Burnley at Turf Moor.

Three warm-up fixtures is the least out of any English top-flight club this pre-season, with Potter opting for more work on the training ground over a congested friendly fixture list.