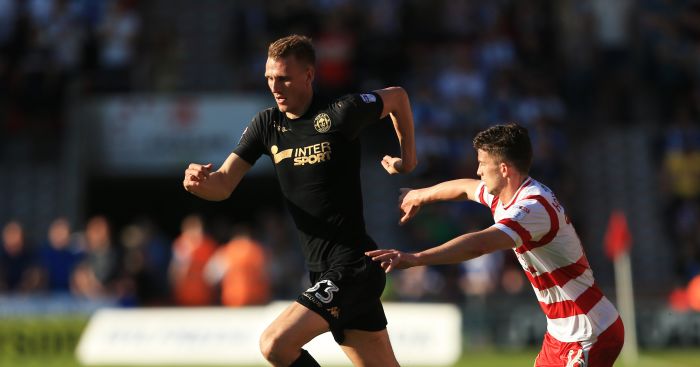 Brighton have signed central defender Dan Burn from Wigan for an undisclosed fee.

The 26-year-old has agreed a four-year contract with Premier League Albion but will remain with the Latics until January on a loan deal.

Seagulls manager Chris Hughton said Burn is currently recovering from an injury and will be able to regain fitness playing in the Sky Bet Championship.

“We are delighted to welcome Dan to the club. He’s an imposing figure and had an excellent season helping Wigan to the League One championship,” Hughton told his club’s website.

“He’s currently recovering from an injury sustained during pre-season, but he will remain with Wigan.

“That also benefits both Dan and ourselves as it will enable him to get fully up to speed in terms of fitness before January.”

Burn began his professional career with Darlington before moving to Fulham in 2011, making 69 appearances for the London club and spending time on loan at Yeovil and Birmingham.

He moved to Wigan in 2016 and has scored seven times in 97 games for the club.

Brighton have also added teenage midfielder Peter Gwargis to their Under-23 squad after agreeing a deal with Swedish side Jonkoping.

The 17-year-old has signed a three-year deal with Albion for an undisclosed fee.

“He has shown his credentials during his time in Sweden and I am looking forward to helping him adapt to the English game,” said Under-23 coach Simon Rusk.