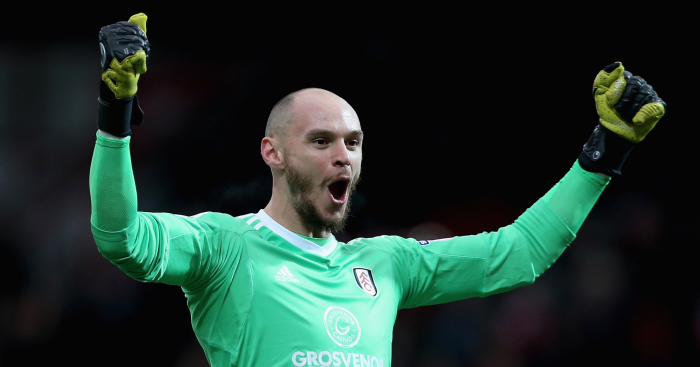 The 29-year-old, who has joined for an undisclosed fee on a three-year deal, will compete with Maty Ryan and fellow newcomer Jason Steele for a place in the team.

Manager Chris Hughton said: “We’re delighted to bring a goalkeeper of David’s experience to the club.

“He has a wealth of experience, having made over 300 appearances during his career so far, and I’m sure he will work well with Maty Ryan and Jason Steele.”

Former England Under-20 international Button began his career at Tottenham and has since had spells with Charlton, Brentford and Fulham, for whom he made 20 appearances last season.

He told the club’s official website, www.brightonandhovealbion.com: “There’s a lot of competition in my position and I want to be a part of that. They’re (Ryan and Steele) both great goalkeepers and I’m looking forward to working with them and helping us all improve.”