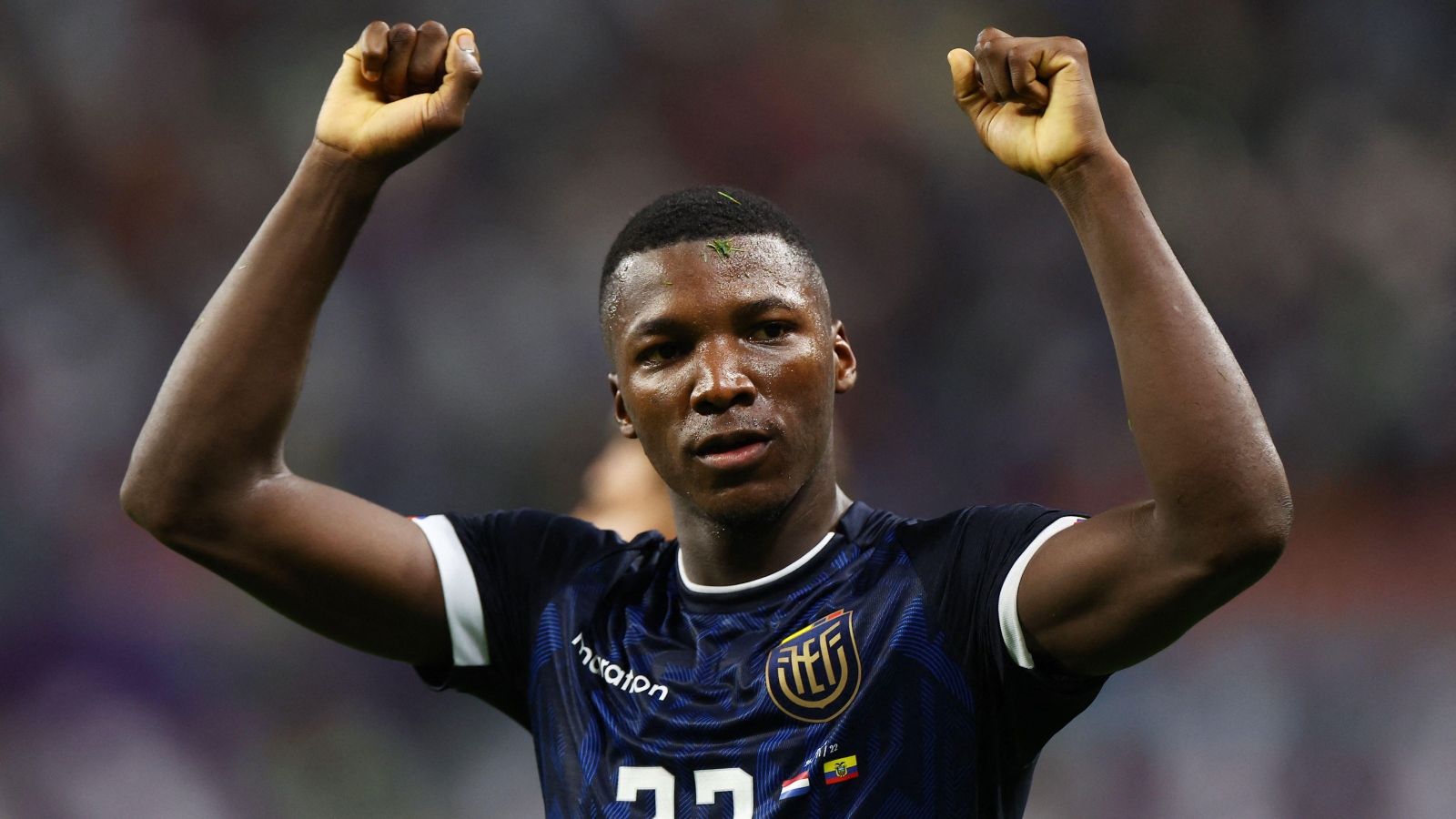 Brighton and Hove Albion have stuck a £70million asking price on Manchester United and Chelsea target Moises Caicedo, according to a report.

Caicedo starred for Ecuador at the World Cup in Qatar, but defeat to Senegal on matchday three sent the South American country packing.

Many clubs will have been watching the 21-year-old’s performances closely after establishing himself as a top Premier League midfielder for the Seagulls.

Brighton only paid £3.6m for the young midfielder, and United reportedly had the opportunity to sign him, but opted against doing so.

They will be kicking themselves with Erik ten Hag apparently setting his sights on the player.

There have been lots of valuations flying around, with outlets claiming Caicedo will cost anywhere between £50m and £100m.

According to The Sun, the price tag set by Brighton is actually £70m.

Caicedo is a ‘firm favourite’ at the AMEX, but the south coast club realise it will be hard to keep hold of the tireless midfielder.

Despite interest from Manchester and Newcastle United in February 2021, Caicedo was apparently convinced to join Albion after they pushed very hard to sign him despite being an unknown quantity.

Both United’s remain interested, with Chelsea also in the mix.

Brighton will obviously want to keep hold of the Ecuadorian, but will probably sell if the price is right.

They have a history of letting star players leave. Benjamin White joined Arsenal for £50m in 2021 and Marc Cucurella and Yves Bissouma both left last summer.

Current Blues head coach Potter was the man who brought Caicedo to Brighton and would welcome the addition with N’Golo Kante likely to leave when his contract expires in 2023.

Another player Manchester United are believed to be interested in signing is Borussia Dortmund right-back Thomas Meunier.

The 31-year-old played in all three World Cup games for Belgium as they surprisingly crashed out in the group stage.

He has been in Dortmund since 2020 when he joined from Paris Saint-Germain on a free transfer.

The Belgian defender penned a four-year contract, which has not been extended since and will expire in 2024.

This has alerted many clubs, with Mundo Deportivo claiming Meunier wants a move to Barcelona.

The Catalan club are keeping tabs on the player as Xavi looks to bolster the right side of his defence.

If Barcelona do not decide to pursue Meunier, he will then ‘listen’ to offers from United, AC Milan, Juventus, and two unnamed London clubs.

Given the calibre of the other teams linked with the Belgium defender, you would expect the two London clubs to be Arsenal, Chelsea, or Tottenham.

His ‘priority’, however, has always been a move to the Camp Nou.

A free transfer could happen, but Meunier should be available for a cut price in 2023.

It is said that Barca spoke to the experienced right-back last winter, but the player was not keen on the financial aspects of a move.