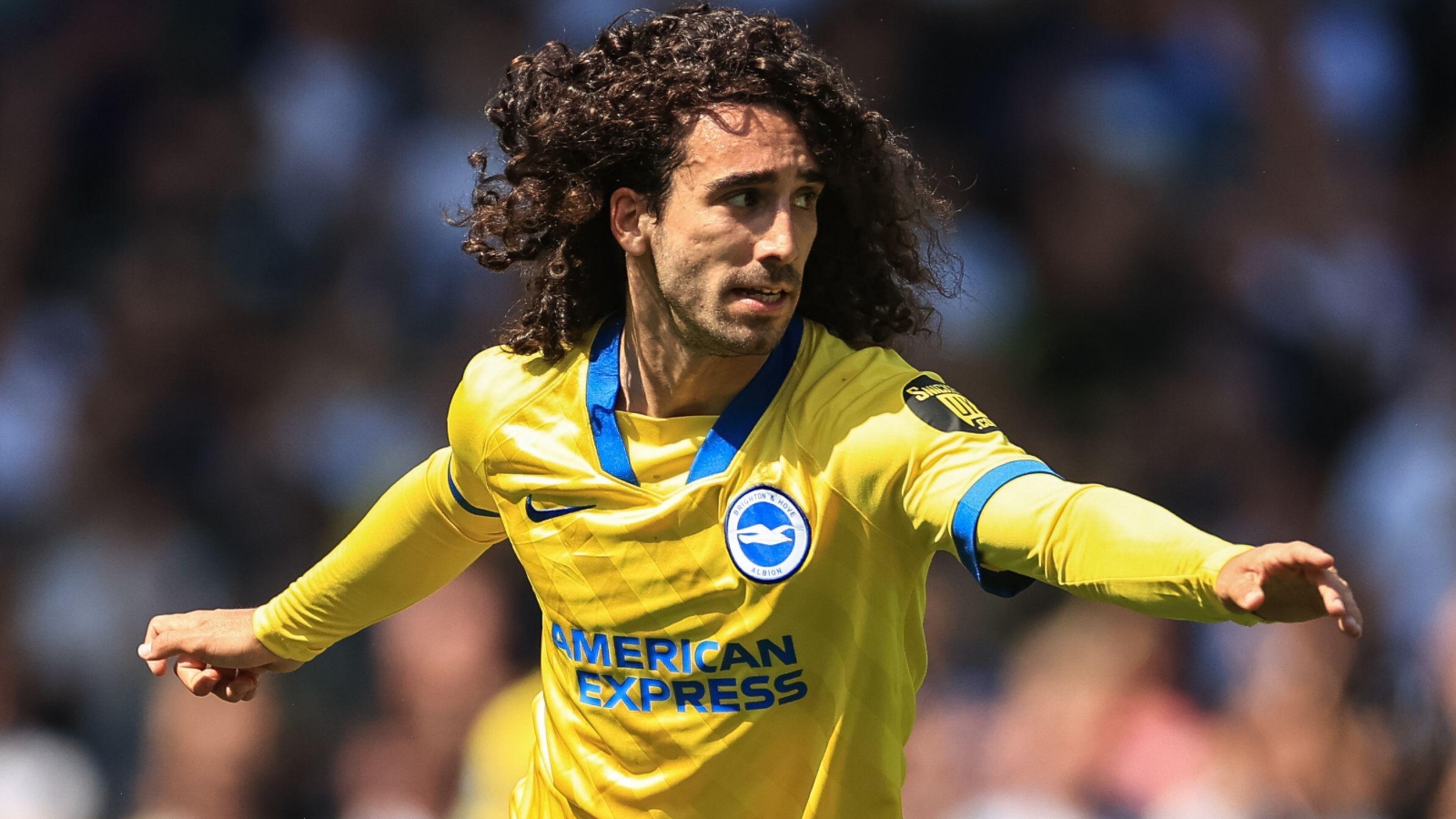 Brighton have taken to Twitter to notify the club’s fans that they have NOT reached an agreement to sell Marc Cucurella.

In a transfer window full of twists and turns and overall a great amount of sh*thousery, Chelsea have suffered another blow.

Barcelona have made their window a pretty disappointing one overall, taking the gloss off the signings of Kalidou Koulibaly, Raheem Sterling and Carney Chukwuemeka.

The Catalan club signed Raphinha and Jules Kounde after Leeds United and Sevilla accepted a bid from Chelsea for both players.

The Blues had also registered an interest in Robert Lewandowski after Romelu Lukaku’s disappointing season, however, the Polish striker opted to join Barcelona after publicly revealing his desire to leave Bayern Munich.

The signings of Sterling, Chukwuemeka and Koulibaly have the potential to be terrific for Chelsea, and it was reported on Wednesday evening that they were close to announcing the acquisition of Cucurella from Brighton.

With Thomas Tuchel on the lookout for defensive reinforcements this summer, Cucurella became a top target after Manchester City had a bid rejected for the Spaniard.

Fabrizio Romano revealed that Chelsea and Brighton have agreed a fee worth ‘more than £50m’ for the 24-year-old.

He wrote on Twitter: “Marc Cucurella to Chelsea, here we go! Full agreement in place between Chelsea and Brighton for more than £50m. Levi Colwill on the verge of joining Brighton soon.

See… Romano said those three famous words. That means it is done and only a matter of time until both clubs announce the transfer. So what is the bloody point in this article?

In an incredible turn of events, Brighton did post a statement in relation to the Cucurella transfer, but it was not the kind of post anyone was expecting to see.

On the club’s official Twitter page, Brighton told their fans they have NOT reached an agreement with ANY club to sell Cucurella.

They said: “Contrary to inaccurate reports from numerous media outlets this evening, no agreement has been reached with any club to sell Marc Cucurella.”

Unsurprisingly, Twitter has gone into meltdown as a result, with a lot of oddballs absolutely ecstatic that Romano appears to have got something wrong.

What the f**k happens now? That is anyone’s guess. Let’s wait and see what the Italian journalist has to say for himself.

we will see who lied 🤗