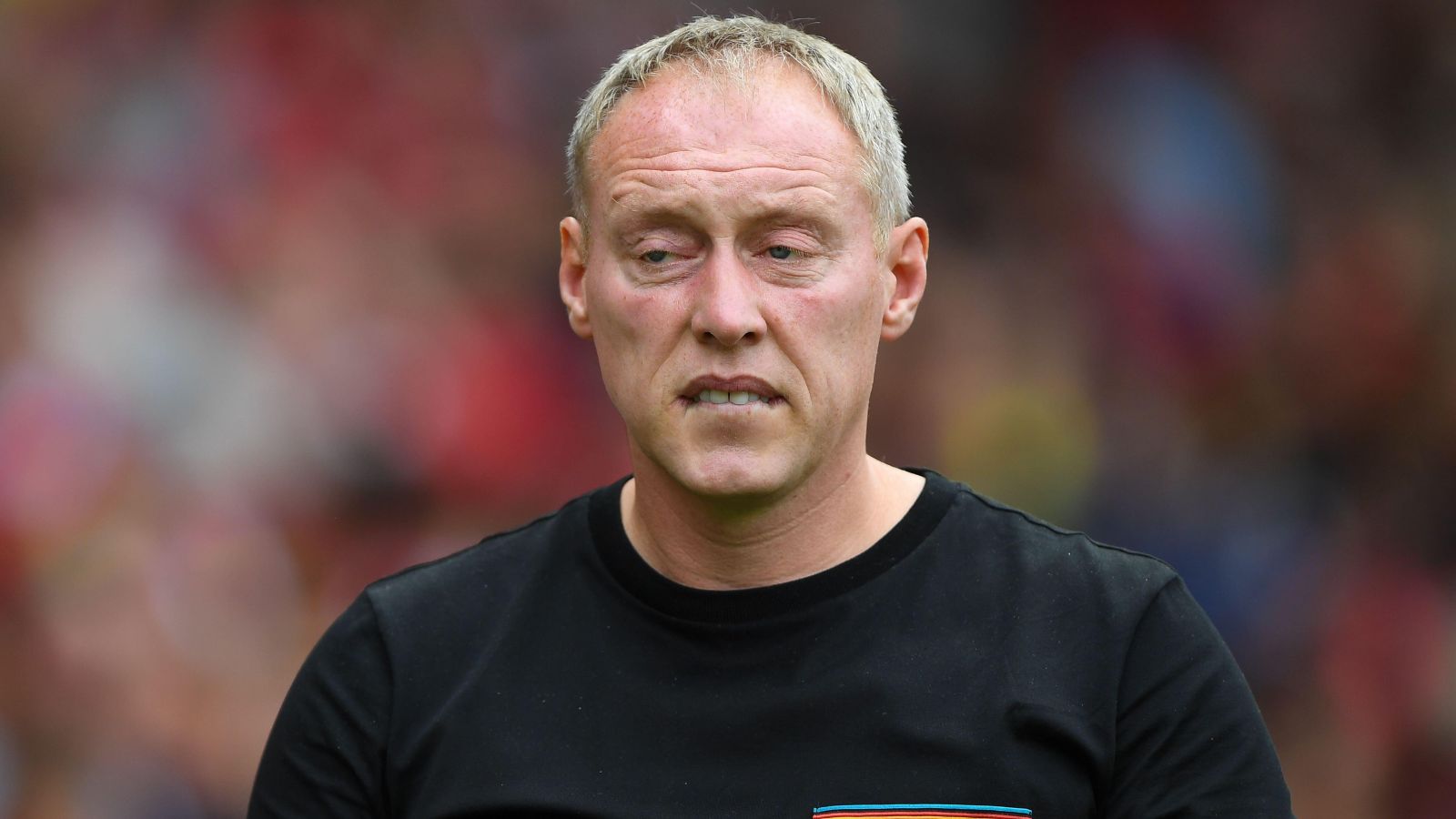 Steve Cooper is one of four names on the shortlist to replace new Chelsea boss Graham Potter at Brighton, according to reports.

Chelsea sacked Thomas Tuchel on Wednesday morning and by Thursday afternoon they had appointed Potter as their new manager on a five-year deal.

Things have moved quickly and Brighton are yet to identify his successor but former Crystal Palace chairman Simon Jordan reckons they should go for Nottingham Forest boss Cooper.

What happens to the Premier League clubs involved when managers swap sides mid-season?

Jordan said on talkSPORT: “Where would I go? If I look into the Championship I can’t see anybody in there like when they had the privilege of going to look at Swansea [when they appointed Potter].

“I hate to say it, but if I was Brighton I would be knocking on Nottingham Forest’s door for Steve Cooper.

“They probably wouldn’t get very far with it, but that’s the sort of direction they should be looking in.

“Because I can’t see who they’d want to bring up from the Championship.

“You can put Sean Dyche in there and suggest he’s a decent fit for that job, but it depends how Sean views the Brighton opportunity.

Cooper won the play-off final with Forest last season to seal promotion to the Premier League and, as Brighton fans were angry at Chelsea poaching Potter, Forest supporters would understandably be upset to lose Cooper to Brighton.

The Athletic have revealed that Cooper features on Brighton’s shortlist of four names with FK Bodø/Glimt’s Kjetil Knutsen, Swansea’s Russell Martin and Luton Town’s Nathan Jones also on there.

There is ‘no panic’ at the Amex Stadium after Potter’s departure with Chelsea giving them £20m thanks to a buyout clause in their former manager’s contract.

Knutsen is said to be ‘highly rated in the corridors of power at the Amex’ with the 53-year-old getting Norwegian side Bodo/Glimt to the quarter-finals of the Europa Conference League last season.

Money could put off Brighton from pursuing Cooper with any move for the Nottingham Forest boss likely to ‘be expensive’ while Martin is said to be ‘a disciple of Potter’s passing style’.

After being confirmed as new Chelsea boss, Potter said: “I am incredibly proud and excited to represent Chelsea FC, this fantastic football club.

“I would also like to place my sincere thanks to Brighton & Hove Albion for allowing me this opportunity and in particular Tony Bloom and all the players, staff and supporters for their continued support during my time at the club.”

Chelsea owner Todd Boehly added: “We are thrilled to bring Graham to Chelsea. He is a proven coach and an innovator in the Premier League who fits our vision for the club.

“He has had a major impact at his previous clubs’ and we look forward to his positive impact at Chelsea. We look forward to supporting him, his coaching team and the squad in realising their full potential in the coming months and years.”