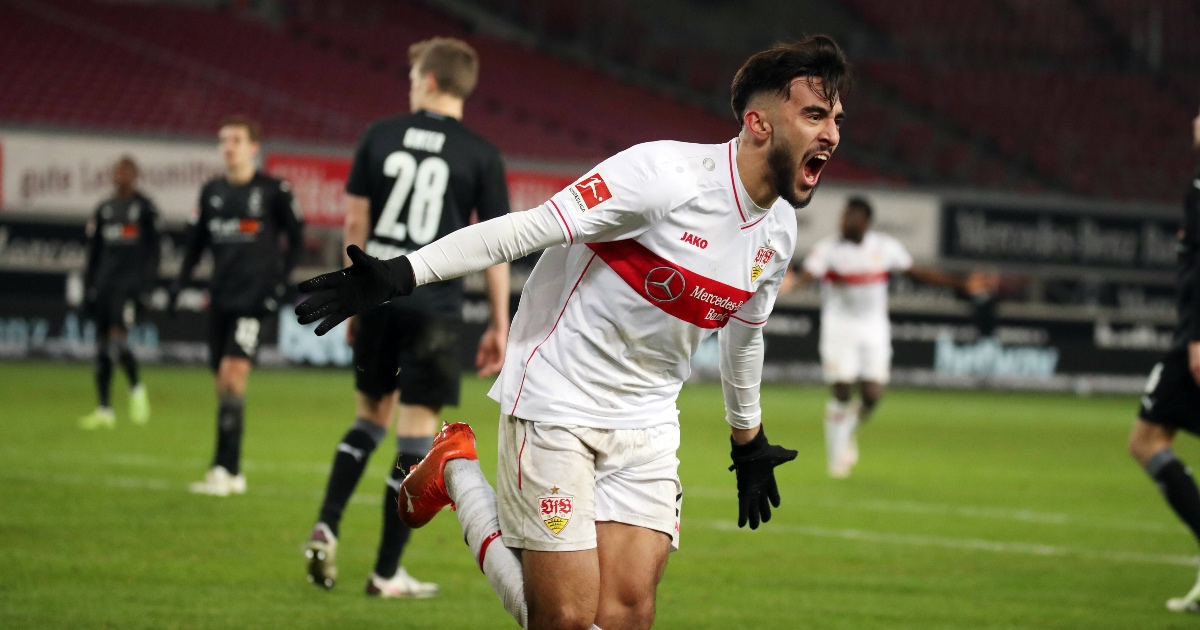 Brighton have renewed their interest in Nicolas Gonzalez and will reportedly rival Spurs for the Stuttgart man.

He was heavily linked with a Brighton move which never materialised as Stuttgart held out for £16million.

According to the Daily Mail, Brighton are keen to get a deal done this time around and will launch a new bid in the coming months.

They will look to reduce Gonzalez’s price tag as they value the 23-year-old at around £10million.

The news will worry Spurs officials, as they were hoping to sign Gonzalez in January.

The two English sides now look set for a transfer race as Stuttgart plan to wait for the highest bidder.

Gonzalez joined Stuttgart in 2018 for a £7.6million fee. He’s since become one of their top performers and will almost certainly reach the top.

His 2020/21 campaign was hampered by injury, limiting him to just 15 league appearances. He still managed to show his talent when fully fit and registered six goals.

Spurs are hoping to sign Gonzalez to improve their forward line. They have a major hole to fill after Gareth Bale‘s season-long loan ended.

It’s thought that Gonzalez would link up well with Harry Kane and Heung-Min Son, should Spurs manage to keep their dynamic duo from the clutches of Europe’s elite.

Brighton have plans of their own for the player.

The Seagulls scored just 40 goals during the 2020/21 league campaign. None of their players reached double figures, with top scorer Neal Maupay hitting eight in 33 matches.

Danny Welbeck wasn’t too far behind on six, although he’s not seen as a long-term solution at the Amex.

As a result, Brighton boss Graham Potter is keen to bolster his options. Gonzalez is an ideal solution as he would give them far more threat going forward.

And if a deal worth between £10-16million can be struck, then it would be a shrewd piece of business for the south coast side.