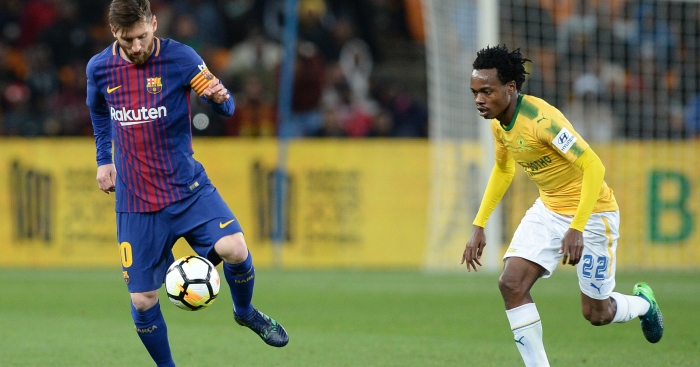 The 24-year-old forward has agreed a four-year contract with the Premier League Seagulls and will be loaned out ahead of the new season.

Albion manager Chris Hughton told the club’s website: “Percy is a player we have highlighted for the future and there is no doubting his talent having been voted South African player of the season.

“Percy will go out on loan this season, play regularly and get some experience of European football. We will be watching his progress and monitoring his development over the season.”

Tau has scored five goals in 12 international appearances for South Africa, and was named the country’s player of the season in 2017/18.

He began his career with South African Premier Soccer League side Mamelodi Sundowns and returned to the club in 2016 after spending one season with Witbank Spurs.

His honours include three South African titles and the African Champions League.

“This move should help me play more international football. I’ll be learning a lot, which will also be good for my country,” he said.

“Hopefully I can make some great memories here – I love making memories and I’m so happy to be here.”