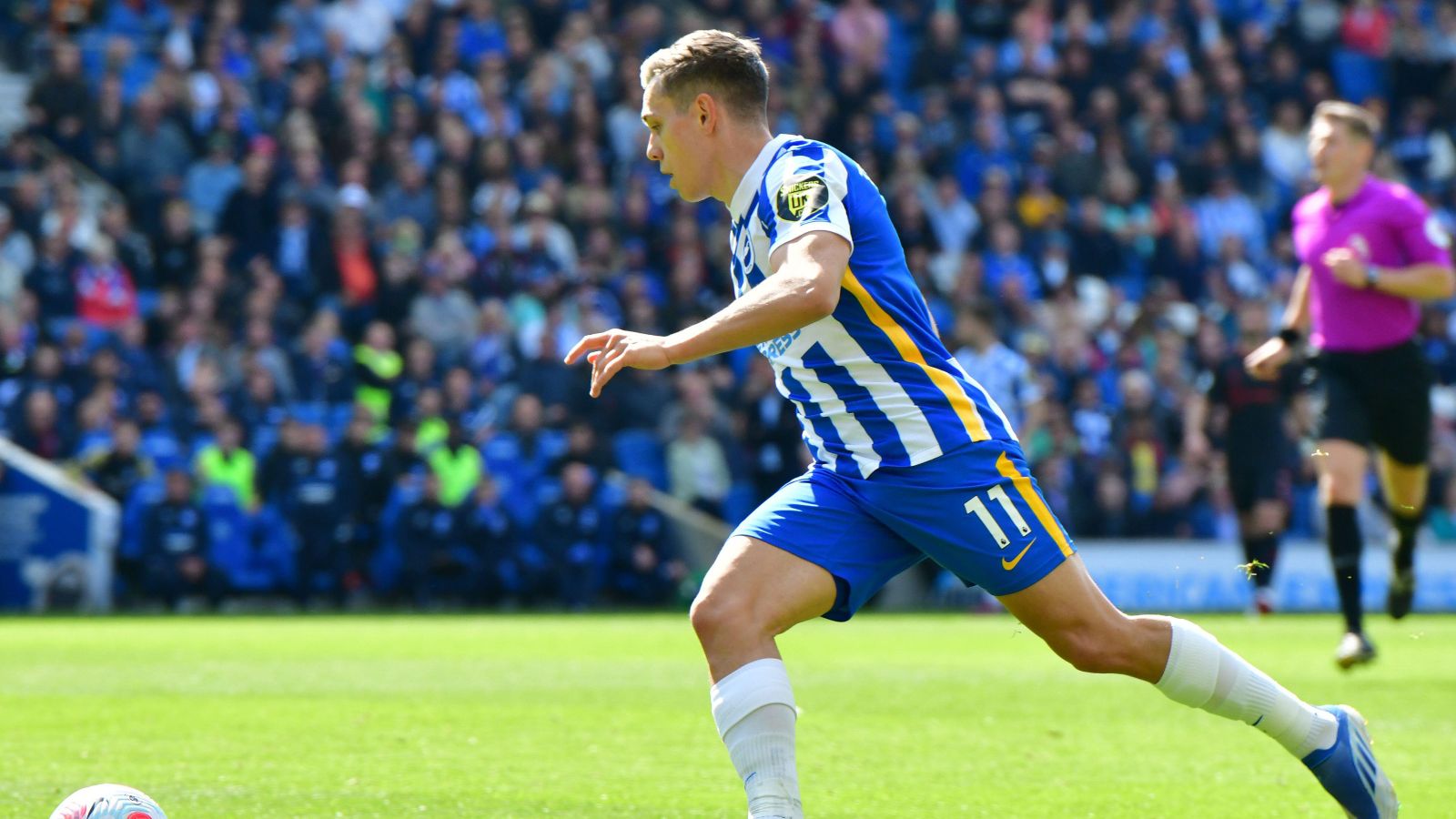 Following a successful spell at Genk, Trossard made the move to Brighton ahead of the 2019/20 campaign.

The 27-year-old has been a key player for the Seagulls as he has already played 104 times for them across all competitions.

During the 2021/22 season, he contributed with eight goals and three assists in the league.

Trossard provided a goal and two assists as Brighton beat Man Utd 4-0 at home back in April.

His contract is due to expire in 2023 and transfermarkt value him at around £15m.

Belgian outlet Voetbalkrant are reporting that Trossard ‘is in the spotlight’ of Man Utd and Newcastle.

It is claimed that the two Premier League clubs both ‘want’ the midfielder.

Man Utd and Newcastle have also shown an interest in Darwin Nunez, though the forward now looks set to join their rivals Liverpool.

Red Devils legend Gary Pallister has admitted that Liverpool is a “better destination” for him than United:

“Man United are one of the two top biggest clubs in the world, if you get a chance to sign for Manchester United, you’d snap their hands off, usually,” Pallister told Lord Pin.

“Obviously players are going to look at United and the troubles they’ve had, a new manager going in, where they finished last year, not playing Champions League football, they have got European football which can be a bonus but it’s not the top tier of European football.

“I think if you’re in a hurry, you’re going to sign for Liverpool at the minute. Liverpool have got Champions League football, they’re competing for the Premier League year in and year out, and they’re in a really good place.

“The thing that United have in their favour is, you’d be joining one of the biggest clubs in the world without a shadow of a doubt. You could be part of that rollercoaster ride they’re hopefully going to be on to try and get back to the top of the table.

“You don’t dismiss Man United but at this moment in time, you have to say Liverpool would possibly seem like a better destination for most players because they are playing Champions League and they are competitive, that’s something that Manchester United are not at the moment.”