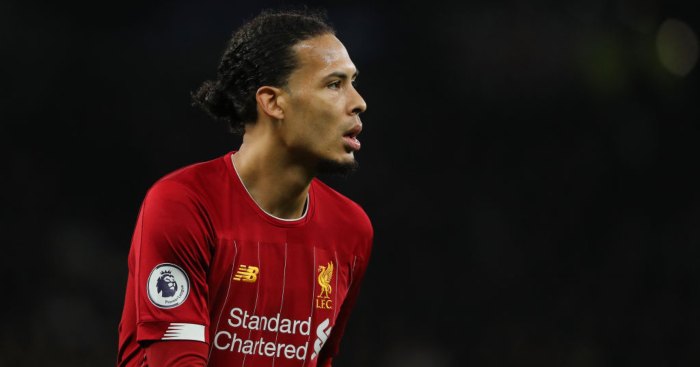 Van Dijk has arguably become the world’s best central defender since joining the club from Southampton in January 2018, starring in their Champions League success last season and the seemingly inevitable run towards Premier League glory this time around.

Many pundits and onlookers have given Van Dijk huge credit for the turnaround in Liverpool‘s defensive performances since he arrived on Merseyside with only 43 goals conceding in total over the last two seasons.

And that is magnified even further when you take into account comments from the likes of Brighton’s Murray, who has named Van Dijk as the toughest opponent he has faced in his career.

“I didn’t come across him this season, but last season it was Virgil van Dijk,” Murray told Sky Sports.

“I think he’s just a step above the rest and it has shown in Liverpool’s success since he has joined the club.

“What once was a little bit of an uneasy defence let’s say, I think he shored it up and is bringing the best out of those around him, especially both fullbacks and now Joe Gomes coming through. He is just a fantastic footballer.

“First and foremost, he is just a man mountain, isn’t he?! I mean he treated me like a 12-year-old boy. He just moves you out of the way. I think it’s his all-round game and his reading of the game. When you put somebody in defence and he makes those around him better, I think that’s the real test of a true great.”