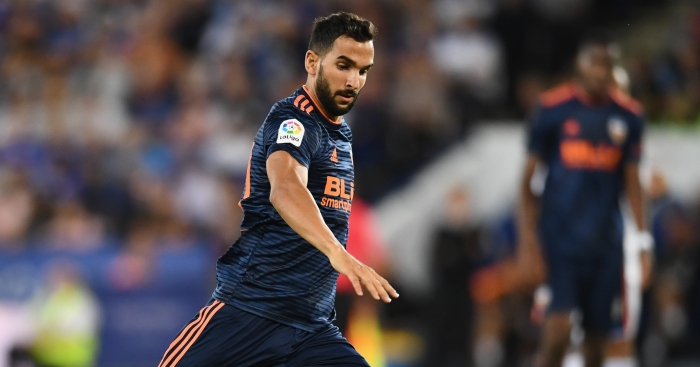 Brighton boss Chris Hughton has confirmed that new signing Martin Montoya is available to play against Manchester United on Sunday.

The full-back moved to the south coast from Spanish side Valencia in the summer and could line up against the Red Devils in the Seagulls’ first home match of the 2018-19 Premier League season.

Hughton said: “He is at a good level and is available to play as it stands. That’s a decision I will have to make.”

The fixture will bring back fond memories of Albion’s last home game of the 2017-18 season, a 1-0 win over United in May which secured their top-flight status.

“The last game against them was our last one at home and our fans will rightly remember it,” Hughton added.

“The supporters have been excellent and we know they’ll be great again this weekend.”

Hughton’s opposite number in the dugout on Sunday will be Jose Mourinho.

The Portuguese’s demeanour has been the subject of much scrutiny, amid reports of disagreements with the United board over its summer transfer activity.

But Hughton sees that attention as normal for a manager of such a high-profile club.

“He is one of our best managers, if you look at the record he has of winning things,” the Brighton boss said.

“And I think when you are that type of manager you are going to be in the spotlight far more than others and everything is going to be picked up.”