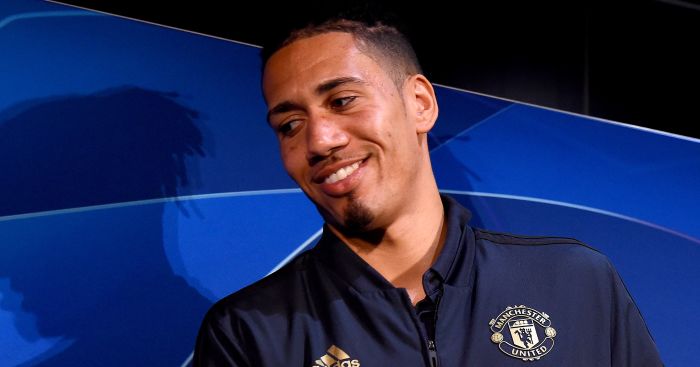 Chris Smalling is looking forward to challenging himself against the best when he faces Lionel Messi on Wednesday night in Manchester United’s Champions League quarter-final first leg clash against Barcelona.

Smalling is likely to take his place in a back four alongside Victor Lindelof at Old Trafford – a pair that shut-out Paris Saint-Germain star Kylian Mbappe in Paris last month.

Smalling, 29, who saw Cristiano Ronaldo scored against United in Turin in the Champions League group stage has said he is looking forward to playing against Messi.

The centre-back said: “It’s something to relish, I think. This season I’ve been lucky enough to face Ronaldo and Mbappe and they’re all challenges that I definitely relish and I think players at this club relish.

Smalling also claims the draw with Barca holds no fear for United, who overturned a 2-0 first-leg deficit against Paris Saint-Germain to reach the last eight.

“We showed as a collective the work we have done can result in a performance against the best team in the world. When we saw it was Barcelona in the draw we were smiling because it was another challenge and we will go head on,” added Smalling.

“You work so hard to be in the Champions League places, these are the ties you look forward to. All the hard work in the group stages comes to this.”