Home All The News Bring on the Moyes: Scotland confirm departure of McLeish 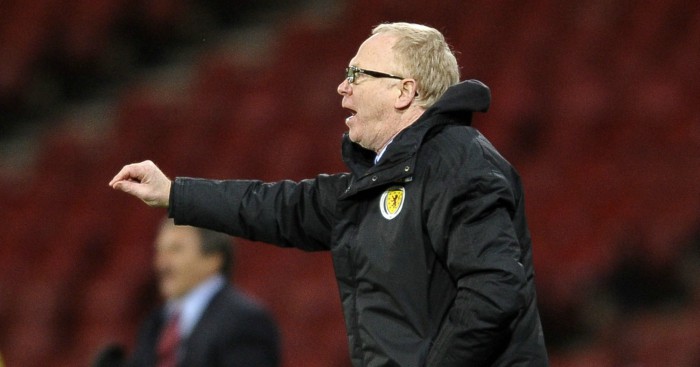 Alex McLeish has been sacked as Scotland head coach, the Scottish Football Association has announced.

The Scottish Football Association announced McLeish would be leaving his role “with immediate effect” after board members gathered for a meeting at Hampden on Thursday morning.

SFA chief executive Ian Maxwell said in a statement: “The decision to part company was not an easy one, especially given Alex’s status as a Scotland Hall of Fame member, earning 77 international caps, having played in three World Cups and taken charge of the national team for two spells.

“It was only taken after full consideration by the board and after an honest and respectful conversation between myself and Alex earlier in the week. Ultimately, the performances and results as a whole in the past year – and, in particular, the manner of the defeat in Kazakhstan – did not indicate the progress expected with a squad we believe to be capable of achieving more.”

McLeish led Scotland to Nations League success last year but the 3-0 defeat in their opening Euro 2020 qualifier in Kazakhstan last month was regarded as one of the worst in the national team’s history.

The 60-year-old said: “I am grateful for the opportunity to have managed my country for a second time and leave knowing that I gave my all in the pursuit of success.

“I am proud that together we finished top of our UEFA Nations League group and qualified for the UEFA EURO 2020 play-offs, which gives us a real opportunity to reach a major tournament for the first time in over 20 years.

“I am also pleased to have given many younger players a first taste of international football that will stand them – and the country – in good stead for the future.”

The SFA will now look to fill the role before Scotland host Cyprus in their latest European Championship qualifier on June 8, although it is understood that an interim appointment has not been ruled out.

Maxwell added: “We firmly believe we have the potential to recover from the opening group defeat and unlock the potential of this exciting squad of players for the remainder of the campaign, safe in the knowledge we also have the play-offs as an additional route to UEFA Euro 2020.

“With Hampden Park one of the host city venues for the 60th Anniversary of the European Championships, we are determined to ensure our supporters can watch the national team participate in UEFA Euro 2020.”