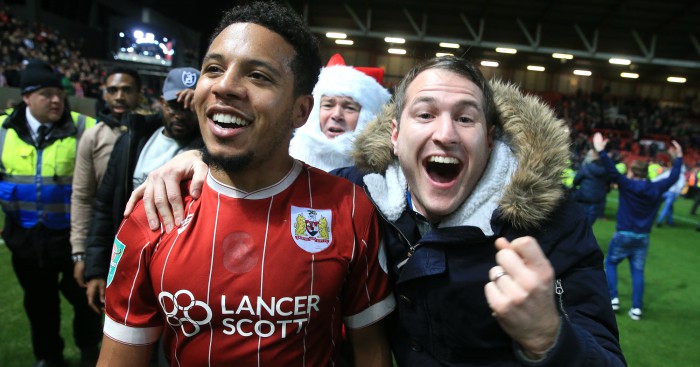 The Championship club’s reward for knocking out holders Manchester United at Ashton Gate are home and away legs with City next month.

“It keeps everybody talking, it keeps the city buzzing, and all of the press that the players get, they deserve,” Johnson said.

“Manchester City, personally, have been fantastic with me ever since I have been a manager. People like Brian Marwood have accepted me in behind the scenes there, and allowed me to visit various clubs in their group.

“It will be amazing for the players, first and foremost, to test themselves, but also for myself and the fans to hopefully have two great days.

“From when I was (manager) at Oldham, which was just around the corner, I’ve been let in on a number of occasions. It (Manchester City) is a beast of an organisation, but it is so fascinating.

“You see the football that they play – it’s unbelievable to watch.”