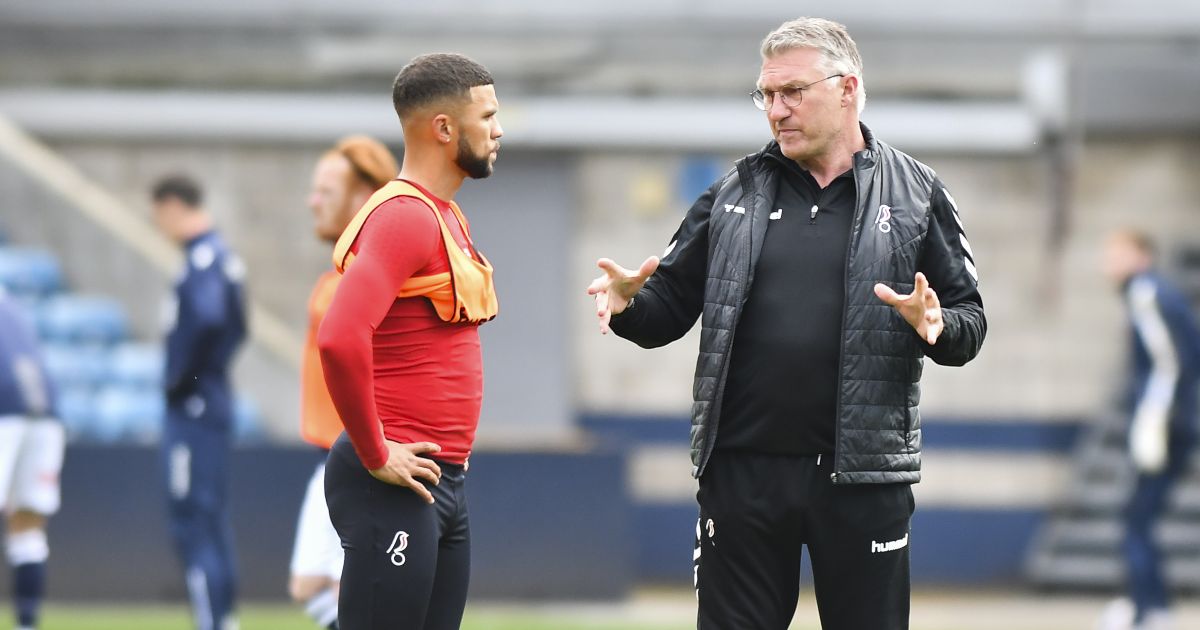 Bristol City begin this Championship season as just one of five second-tier clubs to have never played in the Premier League, and after the disaster of last season, there initially appears little chance of that changing any time soon.

A typically inconsistent first half of the season gave way to much positivity at Ashton Gate with the appointment of former Leicester City and Watford chief Nigel Pearson in February, before a disastrous end to the campaign saw the Robins tumble down to 19th with Pearson losing nine of his 15 games in charge.

But Pearson is not only one of the few managers in the modern era to keep his job after a 14% winning start; he might be the only man to still retain the overwhelming support of the fanbase.

Much of that is down to the fact that Bristol City’s season was as good as over before Pearson took charge, his appointment looking towards the longer term from the outset, and results were almost immaterial as the Robins saw the 2020/21 season as a write-off. No threat of relegation. No chance of promotion. No fans. No point. Well, almost no point.

That 19th-place finish under the tutelage of first Dean Holden, and then Pearson, may well have been the lowest final standing in the six seasons since the Robins returned to the second tier, but anything between that lowest point and a finish up to around 10th place meant next to nothing, minor financial benefits aside. Mid-table is mid-table, especially when there is a supposedly brighter future on the near horizon.

But with the return of full capacities to grounds on the horizon from the start of the 2021/22 season, what can Bristol City fans expect from their team this season?

Naturally, a hangover from Lee Johnson’s tenure remained and is likely to do so; Johnson did spend half a decade on the Ashton Gate touchline. A makeover is still badly needed in the red corner of Bristol, and the likes of long-serving forward Famara Diedhiou, full-back Jack Hunt and midfielder Liam Walsh are already out of the door.

Examining 21 of the latest Championship transfers and rumours

All good players at this level on their day, there is perhaps a need for revolution over evolution in BS3, and where better to start than bringing the Leicester City band back together? Full-back Danny Simpson has replaced Hunt on the right-hand side, having initially joined the club last season, and two of Leicester’s former longest-serving players have since joined him in the form of Matty James and Andy King, who – given their respective ages and recent lack of top-level playing time – may find themselves sharing midfield duties. But it is going to take more than three 30-plus players to turn City’s fortunes around.

There is still a hefty average age to the first-team squad, the majority of whom are contracted to 2023, while a plethora of youngsters could follow in the footsteps of Zak Vyner and Antoine Semenyo into decent squad options. But in standing still, Bristol City would only continue to fall backwards.

To move back towards the top table of the second tier of English football, a new course is needed. The Leicester squad with which Pearson achieved promotion to the Premier League consisted of eventual Premier League winners Kasper Schmeichel, Wes Morgan, Danny Drinkwater, King, James, Riyad Mahrez and Jamie Vardy. Of course, it would be impractical and impossible to suggest City get themselves half-a-dozen future title victors. For all we know, they are already there – they had two of the best EFL performers at Euro 2020 after all – but more than the current crop is necessary.

In Tomas Kalas and Adam Nagy, they have two stars for their national sides, the latter of whom has largely failed to live up to expectations since his switch from Bologna two summers ago, while the former is good, but the money raised from his sale could fund the club two, three or even four key signings across the board.

There are a number of players still at the club who suited Johnson’s expansive and expressive style of play but are unlikely to suit the more direct and pragmatic style employed by Pearson. Antoine Semenyo, a forward with an exceptionally low-scoring rate, for example, was happily used by Johnson and brief successor Dean Holden as a workhorse capable of creating goals for the team if not scoring them himself. Pearson is unlikely to wield such trust without getting direct returns.

In Pearson, Bristol City have themselves a manager who has – although that is beginning to veer into ‘had’ territory – a proven track record of Championship form. That promotion with Leicester will be a decade ago in just two seasons’ time, and his record since keeping the Foxes in the top flight was an ill-fated short-term spell with Derby, a tumultuous two years with Belgian second division side OH Leuven – sister club of Leicester – ended after a ‘series of poor results, and finally half a season with Watford during which he was unable to keep the Hornets in the Premier League.

Given Pearson’s great escape with Leicester half a decade prior, the inability to keep Watford up suggested his powers could be on the wane, and he is yet to prove anything to the contrary in his short time at Ashton Gate so far. But there are still plenty of reasons to be positive. One of the EFL’s most charismatic managers needs backing to rediscover his mojo on the touchline and in the dugout.

Bristol City have one of the biggest rebuild jobs in the whole Championship this summer, and with the start of the season less than a month away, they, like their manager, are fast running out of time to make their way back to the top tier in a hurry.

For Pearson and City to succeed, their visions need to come together in some kind of uneasy harmony. Both can then realise their dreams of eating at the top table. Otherwise, standing still will see manager and club trailing off once more.