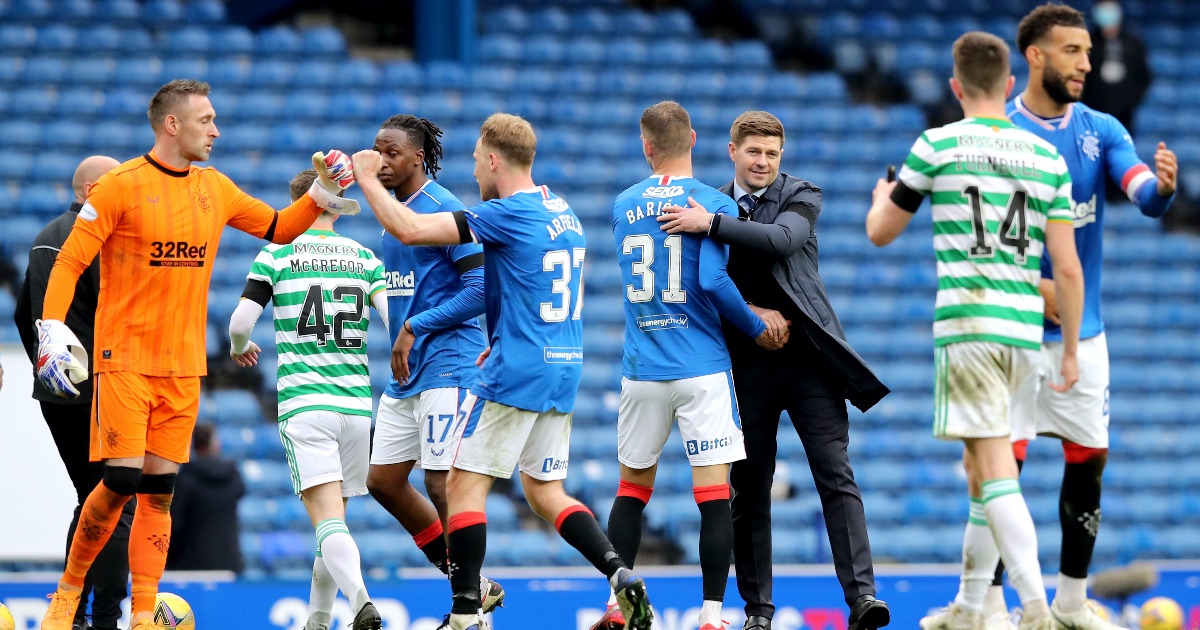 The Premier League reportedly wants Celtic and Rangers to join a British Super League after the fall-out of the failed European breakaway.

The ‘Big Six’ signed up for the European Super League on Sunday, but were forced to retreat just 48 hours later as the fans made their feelings known.

But they remain convinced of the need to reform the Premier League and The Sun claims one of the key targets is for the two Glasgow clubs to join a new British league.

The report claims it would be a move that – unlike the ESL – would be backed by FIFA, UEFA and the UK Government, with Celtic and Rangers set to ‘jump at the chance’ to join Premier League clubs.

One source said: “Whether or not the Super League was going to happen, we all feel that the Premier League has to be changed and improved.

“It is time we opened it up to Rangers and Celtic. That would make sense for everyone.”

Premier League reform has been on the table ever since Project Big Picture – a plan drafted by Liverpool and Manchester United – was published in October.

Chief executive Richard Masters agreed to a “strategic review” of the competition, admitting “the status quo is not an option”.

The ‘Big Six’, despite being forced into a humiliating U-turn over the ESL, believe the attempt to breakaway has strengthened their position in terms of the need for change.

As well as Rangers and Celtic joining, other discussion points include an end of season top four play-off and the reduction to an 18 team league.

A club chief said: “We have never wavered from the belief that 18 clubs is the only sensible way forward.

“It is also what UEFA, FIFA and the European Club Association have long called for.”

The other Scottish clubs and the 14 other Premier League sides are unlikely to be on board with the changes but unlike the ESL, it’s a move that would have global backing.

FIFA President Gianni Infantino gave his blessing for cross-border leagues when asked about proposals for mergers between Holland and Belgium and Mexico and the MLS.

Infantino said: “If we want teams to play at the highest level around the world we need to have new ideas and we need to see that.

“I am confident the best decisions will be made in that regard but any mergers must be done with respect to the rules.”