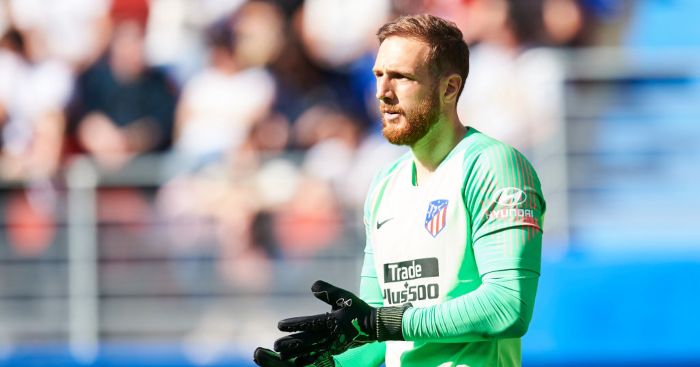 United were said to be ‘seriously considering’ making a €120m (£107.1m) bid for Oblak in April, with David de Gea’s future still uncertain.

ESPN FC suggested that the keeper ‘would only leave Atletico for a team playing in the Champions League,’ but United could now capitalise on Oblak’s fresh desire to depart the Spanish capital.

The same outlet claimed on Monday that Oblak is ready to call time on his five-year Atletico stay after ‘broken promises,’ the player having ‘voiced concerns’ about their ‘competitiveness’.

Oblak feels Atletico have failed to ‘match his ambition’ as a result, and that he is ‘considering his options’.

PSG would be in the running to sign the Slovenia international, but Oblak ‘wants to play in the Premier League,’ so ‘United are ahead in the chase’.

The player has a €120m release clause, which is a fair bit more than the proposed £20m golden handshake United are preparing for De Gea.

ESPN FC say United ‘declined to comment’ when asked about the situation. Ed Woodward is presumably busy wondering how he can f*** this one up.