Home All The News Bronze: A trophy is just around the corner for England 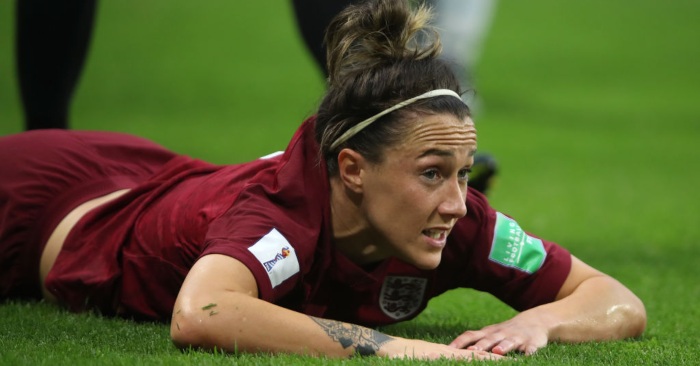 Lucy Bronze has emphasised England’s desire to finish their World Cup campaign on a high with victory in Saturday’s third-place play-off – and is convinced a trophy is just around the corner.

The Lionesses lost in the semi-finals for a third successive major tournament as defending champions the United States beat them 2-1 in Lyon on Tuesday.

Instead of what would have been their first Women’s World Cup final, England are now preparing to play in Nice for third spot, the place they finished in the 2015 edition.

And England right-back Bronze said: “We want to win. It doesn’t matter if it was going to be the final or the third-place play-off, we want to win every single game and that doesn’t change now.

“Any game that’s put in front of us we want to win and Saturday will be exactly the same.”

England having already guaranteed a finish as one of the top three European sides at the tournament means qualification for Great Britain has been secured for next summer’s Olympics in Tokyo. The year after that, England hosts the European Championships.

Regarding Tuesday’s defeat, Bronze, 27, said: “Of course it’s a disappointment, we came here to win this World Cup and we’ve fallen short.

“But the fact that we are consistently reaching semi-finals shows how immense this team is and the strengths of this team.

“Now we’ve got a tournament as TeamGB next year, we’ve got a home Euros. We’ve got so much ahead of us, we can really push on, and I know for a fact that this team is going to win a trophy at some point.”

This World Cup campaign was a fourth for England midfielder Jill Scott – and the 32-year-old admits it “could be my last.”

“It’s a good question to be fair,” Scott said when quizzed on the matter.

“I feel OK at the minute, but would it be realistic to say another four years? I’d be 36. So, yeah, it could be my last.

“But I’ve said before I don’t really like to think too far ahead and my aim was just to get through this one and then decide after that what the plan is.

“I feel good at the minute and I still feel like I can compete at this level. Obviously we got the qualification for the Olympics, and a home Euros would be fantastic.”

Goalkeeper Carly Telford, 31, said: “For me, the older ones, we’re probably looking at it like maybe that was our last chance to get to a World Cup final. But we’re handing over a baton to an amazing group of youngsters.

“If my body holds together then I might make the next one but I doubt it. That’s probably the devastating thing – we know how close we were and how close we are to being number one and lifting a trophy.

Phil Neville’s side had the chance to make it 2-2 with just over five minutes of normal time remaining in Tuesday’s dramatic encounter when they were awarded a penalty, only for captain Steph Houghton to see her effort from 12 yards saved by Alyssa Naeher.

It was the third time at the tournament England had had a spot-kick saved, with the previous two being taken by Nikita Parris.

Telford said of Houghton: “The fact that she picked the ball up and took it (the penalty) is inspiring in itself. For me, she’s one of the greatest English players of all time.

“For me, it’s just brave enough that she took the penalty in the first place. I’m proud of her.”