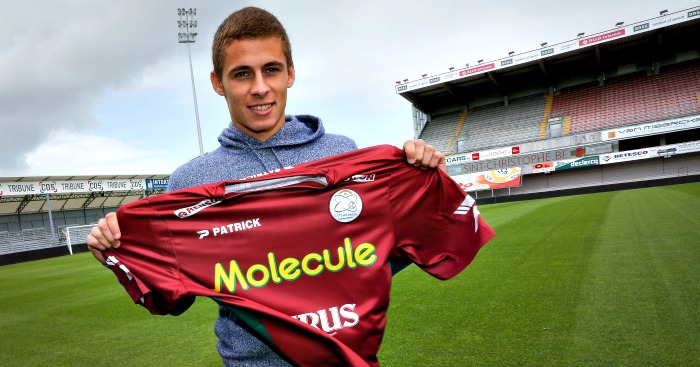 Thorgan Hazard, brother of Eden, admits he knew he would not stay at Chelsea when he joined them.

Chelsea signed the younger Hazard from Lens in summer 2012, just weeks after completing a £32million deal to sign Eden from Lille.

While Eden transitioned straight into the Blues’ first team, Thorgan spent almost all of his time at the club out on loan.

He joined Belgian Pro League side Zulte Waregem in 2012, staying for two years before spending a season on loan at Borussia Monchengladbach.

After impressing for the Bundesliga side he joined them permanently for £5.9 million in 2015, but the winger claims that he knew he would not stay at Stamford Bridge even when he joined.

“I knew I would not stay at Chelsea when I signed for them,” he told Belgian newspaper Het Nieuwsblad.

“It was a great opportunity to join such a big club, but I knew I needed regular playing time to show what I could do.

“Chelsea like to buy young players and then slowly get them ready. All the young players like Kevin De Bruyne, Charly Musonda and Romelu Lukaku were shipped out on loan. You need regular playing time at that age.

“Maybe Chelsea now regret their decision not to give De Bruyne and Lukaku more chances, I don’t know.”

Hazard has also denied that Chelsea only sought his signature in order to persuade Eden to join.

“Of course, it helped that Chelsea also signed Eden, but it is not like they just sign every player’s brother,” he added.

“They signed me because I showed potential. They had to pay Lens a transfer fee to get me.

“And they were right. I might not be following the same path as Eden, but I am improving step by step.”