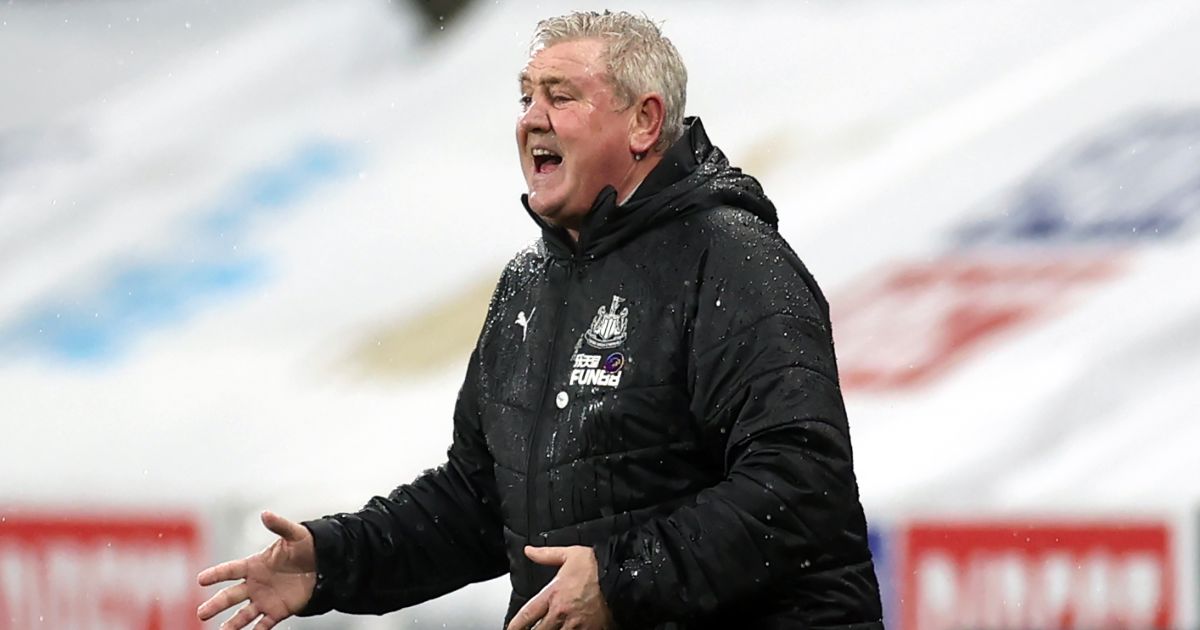 Steve Bruce and Matt Ritchie were reportedly involved in a training ground bust-up in which the Newcastle boss shoulder-barged Ritchie after being called a “coward” by the midfielder.

The Daily Mail claims Ritchie was furious when Bruce publicly accused him of not passing on tactical instructions to his team ahead of Wolves’ equalising goal on Saturday.

Ritchie is said to have become further irritated when Bruce refused to have it out over the phone and said he would speak to him at training on Tuesday.

MEDIAWATCH: How are Fernandes and Rashford feeling? Let’s pretend…

When Ritchie was told to see Bruce in his office, the 31-year-old refused and said he would not speak to the “coward” again.

Bruce is then said to have confronted Ritchie on the training pitch, shoulder-barging him and saying: “After all I’ve done for you.”

The report claims Ritchie responded: “You’ve done f*** all for me,” before again calling him a “coward” and saying he was “done” with him.

Bruce then apparently said: “What are you going to do? Tell Lee Charnley?'”

The Mail suggests this is in reference to Bruce’s suspicion that the Newcastle players have been voicing their unhappiness with the managing director.

The report claims ‘teammates have sided with Ritchie and that there is a growing feeling of resentment towards Bruce in the dressing room’.

The players were reportedly ‘disgusted’ that the news of Karl Darlow being dropped appeared in the press before the goalkeeper was told and they believe it was Bruce who leaked the news.

One source said: “There has long been an inquest into who has been leaking stories from the training ground and the manager has stood back and watched players and staff accuse each other, yet he is the biggest leak of all. Most of the players do not trust him and do not like him.”

A number of players reportedly want assistant Graeme Jones – who Bruce is said to have blamed for the tactical mix-up that led to Wolves’ goal – to take charge until the rest of the season.

There is a feeling among the players that Bruce rarely takes responsibility and is all too quick to pass the buck.

Some in the dressing room were also said to be annoyed when midfielder Jonjo Shelvey lauded Bruce in an interview on a podcast last week.

A source told the Mail: “It did not go down well among the players. They are saying Jonjo looked like a hostage in the video, as if he was being forced to say it.”

A group of players are said to be ‘openly laughing’ on WhatsApp at Bruce’s comments in the media, especially his recent claims that he was now going to do things ‘his way’ after 18 months in charge.