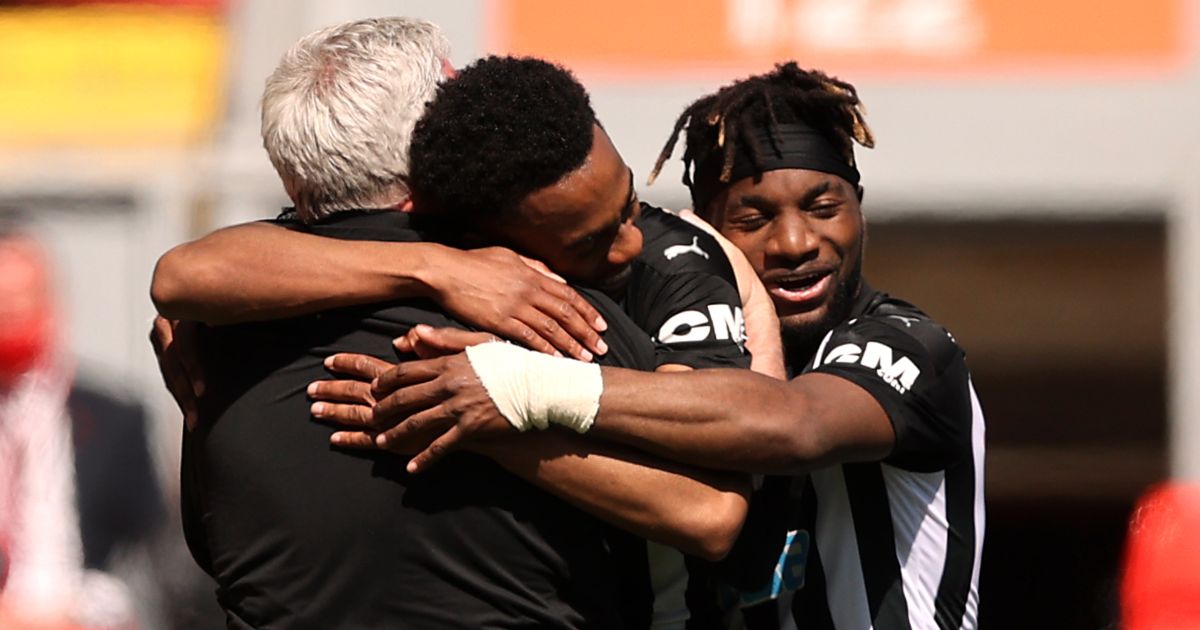 Steve Bruce has admitted Arsenal youngster Joe Willock has done “too well” in his loan spell at Newcastle United.

The 21-year-old midfielder arrived at St James’ Park from Arsenal in January with the Magpies head coach fighting desperately to turn around a dismal run of form.

In the 13 appearance he has made since he has scored seven goals, six of them in his last six Premier League games to become the youngest player to achieve the feat.

Gunners boss Mikel Arteta said on Friday that Willock would be back in London next season and while Bruce intends to test the Spaniard’s resolve, he admits his blistering form could be a hindrance.

He said: “To do it today for me at 21 years old and in a team that was toiling at the time a little bit, I’m delighted for him.

Willock is in line to make his final appearance for Newcastle in Sunday’s clash with relegated Fulham, and his exploits will not have gone unnoticed elsewhere should Arsenal ultimately decide they are open to offers.

Asked if the youngster was the best loan signing of his managerial career, Bruce said: “I signed Christophe Dugarry for Birmingham years ago and he was one of the best players I’ve ever managed in terms of ability. He’s up there, he has to be.”

Bruce will turn his attention to a summer recruitment drive after the final whistle at Craven Cottage, and will do so with club owner Mike Ashley having boosted his fortune by £769million in the new Sunday Times Rich List.

Asked if it was a good time to knock on his door, Bruce said: “My job is always to knock on the door and believe me, I will knock the door as hard as I can, of course. That’s my job.

“Usually I go through my CEO, Lee [Charnley], and he’s fed up of me knocking on the door. If that’s right about Mike, then good for him.”