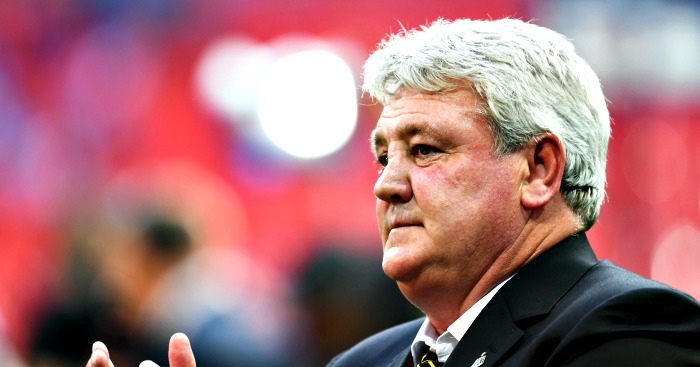 Hull boss Steve Bruce has held “informal” talks with the Football Association about the vacant England manager’s job, according to the club.

The Tigers say no official approach has been made by the FA and have echoed Sunderland, whose manager Sam Allardyce remains the front-runner despite developments, in calling for a swift decision.

The FA is understood to be mindful of the clubs’ position ahead of the new domestic campaign and could make an offer to its preferred candidate within days, before finalising details next week.

A statement from Hull read: “The club can confirm that manager Steve Bruce has held informal discussions regarding the England vacancy, although no official approach has been received from the FA.

“We would hope to see the FA conclude their business quickly in order to avoid further speculation regarding Steve ahead of what is a season of huge importance for the club following our return to the Premier League.”

He is heavy favourite for a job he came to close to landing a decade ago, but Bruce remains under consideration.

Like Allardyce, he is an experienced home-grown coach who has made his reputation at the lower end of the Premier League.

But as a player he was a highly decorated captain of Manchester United and was rated as one of the finest players never to be capped by England.

Eddie Howe, the 38-year-old Bournemouth manager, has also been discussed as a youthful candidate, while German great Jurgen Klinsmann appears to be the last overseas option standing.

The FA’s interview process began last week and, with a board meeting scheduled for Thursday, events could be building to a head.

The new manager’s first match will be a Wembley friendly on September 1, three days before the World Cup qualifier in Slovakia.

Discussions with possible opponents are already under way and may be concluded before the managerial position is filled.

Bruce has already made it clear he would jump at the chance of leading his country, telling Radio Humberside: “There’s nobody more patriotic than I am.

“I’m honoured to be linked with it. It’s the pinnacle to go and manage your country. What bigger job in the world is there?”

His coaching career began with brief assignments at Sheffield United, Huddersfield, Wigan and Crystal Palace but he put a reputation for itchy feet behind him during a largely successful six-year stay at Birmingham.

He went on to manage Wigan and Sunderland before moving to East Yorkshire, where he has overseen two promotions to the Premier League, one relegation and a first ever FA Cup final appearance in 2014.