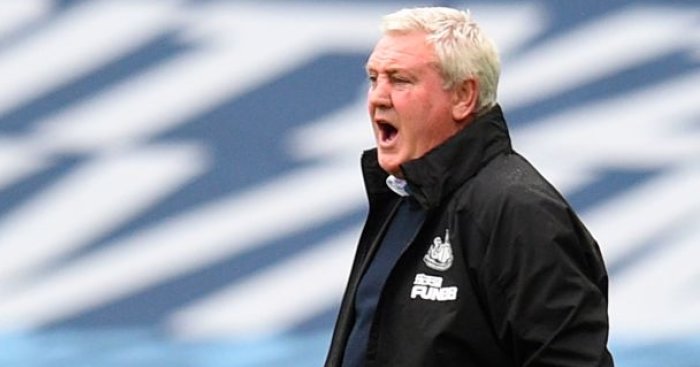 Steve Bruce said that Newcastle were “nowhere near” the level they needed to get a result from Manchester City.

The Magpies fell to a 5-0 defeat at the hands of last season’s champions on Wednesday night. It was the second time Newcastle have lost to City in 10 days, after they were also knocked out of the FA Cup.

This time the defeat was heavier, and Bruce accepted that his side were not at the right level to compete.

“It was painful, I’m afraid, especially after where we have been,” Bruce told BT Sport, “but I think the whole thing has obviously caught up with us and we haven’t done enough.

“They’re very, very good, we know that. Since the lockdown, they’ve turned the champions over and to play them twice in a week has been difficult.

“They were, on the day, just too good for us. Unfortunately today, we were nowhere near the level which we had to get to if you are going to take anything from here.”

In a separate interview, Bruce told BBC Sport that the lack of first choice players available made his job harder.

But while he was not pleased with the way his team defended, he urged them to prepare themselves mentally to try and turn things around in their next match.

“We are disappointing but they were far too good for us,” he said. “We have to do better, we gifted them some goals and you cannot do that against a team of this calibre.

“We cannot be without six and seven of our better players, certainly at a place like this, this was one too far. They proved today on their day they are too good for us.

“We have had one or two moments this year and have bounced back but we have to be mentally ready and mentally better than what we have done tonight. I will make sure on Saturday [against Watford] we will be ready.”