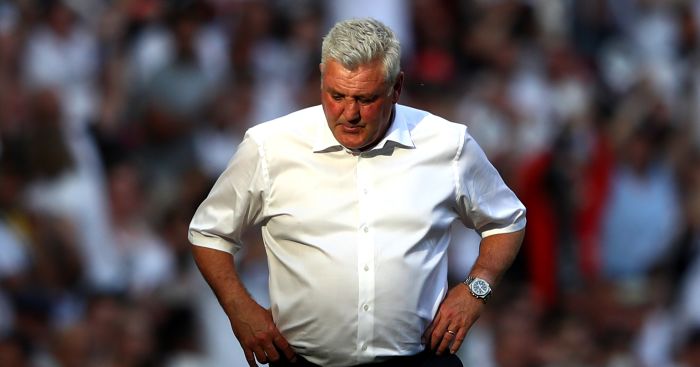 Newcastle are considering Steve Bruce as a possible replacement for Rafael Benitez as they prepare to head off to China for the Premier League Asia Trophy.

PA understands the 59-year-old Sheffield Wednesday boss is one of a series of potential candidates to have been identified as managing director Lee Charnley looks to fill the gap left by the Spaniard.

The club has been without a manager since Benitez’s contract expired on June 30 and a series of big names, including Jose Mourinho, Arsene Wenger, Patrick Vieira and Steven Gerrard, have distanced themselves from the vacancy.

With the squad due to fly out to the Far East on Saturday to take part in the tournament – with Premier League champions Manchester City, Wolves and West Ham – bookmakers’ odds on Bruce taking over tumbled dramatically on Tuesday.

Bruce, who was linked with Newcastle in 2015, was appointed by the Owls in February four months after parting company with Aston Villa and guided the club to a 12th-place finish in the Sky Bet Championship.

The Corbridge-born former Manchester United defender is a Geordie who has managed arch-rivals Sunderland as well as Sheffield United, Huddersfield, Wigan, Crystal Palace, Birmingham and Hull with varying degrees of success.

Newcastle’s search for a new boss has been complicated by the ongoing takeover process with owner Mike Ashley having been engaged in talks with a series of potential buyers, including the Dubai-based Sheikh Khaled Bin Zayed Al Nahyan, for weeks.

However, no deal is yet in place and the fact that Charnley has been instructed to find a manager suggests that the situation is unlikely to change in the short term.

Whoever does accept the task of stepping into Benitez’s shoes will face a major task to calm yet more stormy waters on Tyneside following another summer of turmoil.

The Spaniard’s departure has sparked further talk of rebellion among sections of a fanbase which has been at war with Ashley for much of his time at the helm, but there has been upheaval too in the squad.

Manchester United are expected to formalise their interest in midfielder Sean Longstaff in the coming days, while Isaac Hayden has made no secret of his desire to quit St James’ Park for family reasons.

That would leave the new manager without as much as half of what might be considered his strongest team.

With the first game of the new season – the Magpies entertain Arsenal on August 11 – a little more than a month away, there is serious rebuilding work to do before the transfer window closes if the club is to avoid another tooth-and-nail scrap for top-flight survival.

Just how much control a new manager would have over that process under Ashley’s regime could dictate who the club is able to recruit.