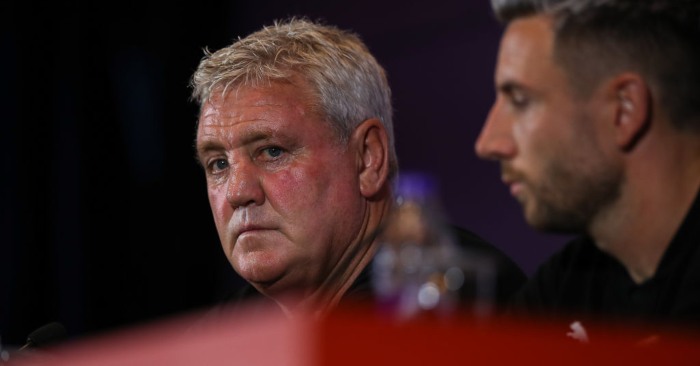 Newcastle boss Steve Bruce is “quietly confident” he will do a good job at the club despite admitting he is “not everyone’s cup of tea”.

The 58-year-old succeeded Rafael Benitez in the Magpies’ hot seat and his appointment has been criticised by the club’s fans. He is already on the back foot.

Bruce managed Newcastle’s arch-rivals Sunderland from 2009-2011 and revealed he could not turn the job down for a second time after he was asked to succeed Sir Bobby Robson in 2004.

When asked about the reaction of the club’s supporters, Bruce said: “I haven’t been there to monitor it and thankfully I don’t read it. If you want to take it personally you would end up in a mad house.

“I accept I am not everyone’s cup of tea but judge me over a period of time. I am quietly confident I will do OK.”

Bruce also said the club is active in the transfer market as they look to plug the gaps left by the departures of striker Salomon Rondon and attacking midfielder Ayoze Perez.

“Obviously we want to make a couple of acquisitions at least,” Bruce said.

“With the losses of Rondon and Perez that is an area of the pitch we have to take an immediate look at.

“We are active in the transfer market as we speak. Hopefully we can get a couple of players over the line before long.”

Bruce revealed he previously turned the Newcastle job down out of loyalty.

He added: “I regretted it and spent 18 months kicking myself. I turned it down out of loyalty, although that is now being questioned.”

In order to take the reins at St James’ Park, the former centre-back had to leave his role as manager of Championship side Sheffield Wednesday.

Bruce took charge of the Owls in February this year after being appointed to the role in January.

He said: “I enjoyed my five months there and I wish them the best of luck but, as I’ve said, it was the challenge to manage this great club that was the overriding factor for me to be as selfish as I was.”