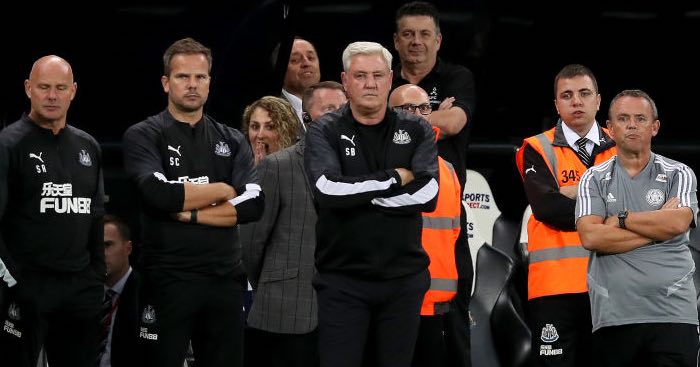 Newcastle head coach Steve Bruce has revealed midfielder Matt Ritchie could be out for up to two months with the ankle injury he suffered against Leicester.

The Scotland international was left with ligament damage as well as three wounds which required stitching after a challenge by Hamza Choudhury.

Newcastle face Watford tomorrow and Bruce has said if they win it will be a ‘wonderful start’ to the season.

Bruce said: “It’s not great news. We think he’s going to be maybe two months, eight weeks. There is ankle ligament damage too, bone bruising, cuts. The kid, as I said to you the other night, was a mess.

Bruce described Choudhury’s challenge as a “horror tackle” in the immediate aftermath of the game, and urged the midfielder to learn from the experience.

He said: “These tackles are the ones that damage you. Let’s hope the young lad learns from it because he’s a good player, the kid.

“But obviously, it doesn’t help us and Matt in particular, who’s going to miss at least a couple of months.”