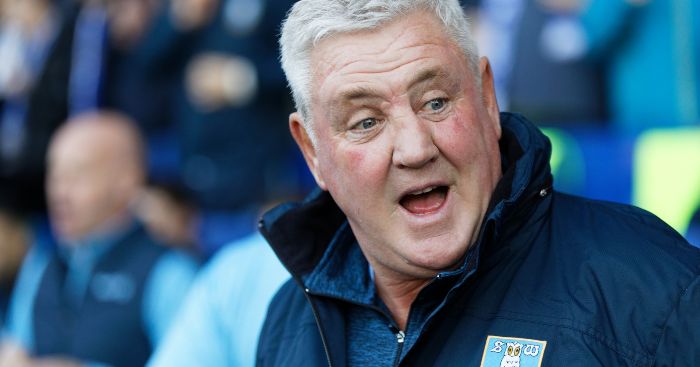 The 58-year-old, who is expected to succeed Rafael Benitez as Newcastle boss, has given his notice in writing together with first-team coaches Steve Agnew and Stephen Clemence.

Former Sunderland and Birmingham manager Bruce confirmed over the weekend he had been in talks with Newcastle, who are keen to make a swift appointment with the start of the new Premier League season just a month away.

Wednesday and Newcastle have yet to reach an agreement over compensation for Bruce, who took charge at Hillsborough in January.

Newcastle are understood to have put their offer in writing, but that has yet to be accepted by Wednesday owner Dejphon Chansiri.

It has been reported that Wednesday want £4.5million in compensation for Bruce, plus an additional £1.5m for Agnew and Clemence.

If #swfc have got £4m for Steve Bruce from #nufc, it will 'smash the club's transfer record'.

Bruce took charge of Wednesday’s 3-1 friendly win at Lincoln on Saturday and was confronted on the touchline by an angry Owls fan.

The former Aston Villa boss told reporters he had spoken to Newcastle but the two clubs had yet to reach “some sort of compromise”.