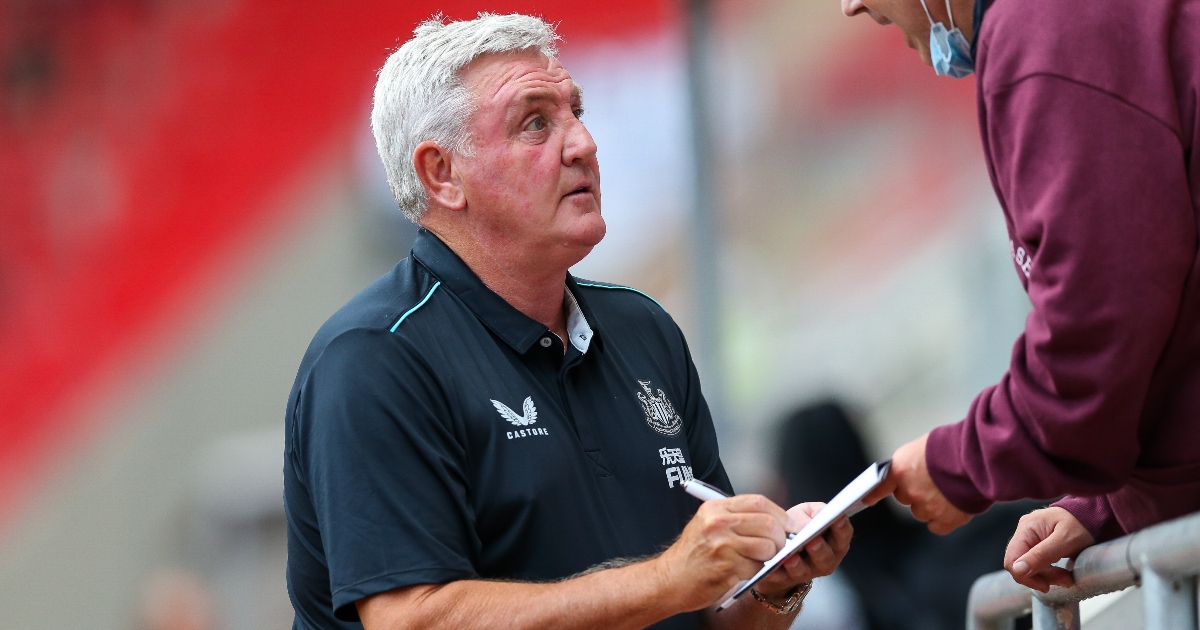 Steve Bruce is set to be handed a new three-year deal at Newcastle United despite clear discontent within the fanbase regarding his management.

Bruce has felt the wrath of supporters since his appointment in 2019 due to his previous employment with arch-rivals Sunderland.

The Toon Army faithful expect a lot better than the football Bruce has his team playing, however, a 12th place finish last season was decent all things considered.

The report states that Ashley is happy with Bruce’s management as long as the Magpies remain in the Premier League.

The ex-Sunderland manager’s current deal expires next year and despite the supporters displeasure at this management, he has always said that he will continue to fight on as boss.

He has the backing of Ashley on the pitch, but when it comes to the transfer market, Bruce is not receiving the funds to take Newcastle to the next level.

They are reportedly leading the race to land Manchester United defender Axel Tuanzebe on loan, with temporary signings looking more likely than permanent deals at this stage.

The Magpies have been linked with a move for Arsenal midfielder Joe Willock all summer after he enjoyed a superb loan spell at St James’ Park last term.

There have been numerous contrasting reports considering the youngster’s future. The Daily Mail recently claimed that the Gunners are “likely to sell” Willock for £20million, which would likely be Newcastle’s whole budget.

Bruce has grown impatient regarding the 21-year-old’s situation, speaking after a friendly win against Doncaster Rovers:

“With Arsenal, what are they going to do? They’ve brought in two midfield players,” Bruce said after his side defeated Doncaster Rovers 3-2 in a pre-season friendly,” he said.

“That’s our starting point, with Joe, because let’s be fair, he had an unbelievable three or four months with us.

“But there has to be a time where we know – is it going to be yes or no?

“There has to come a time when there’s a cut-off, and we have to find out what’s happening.