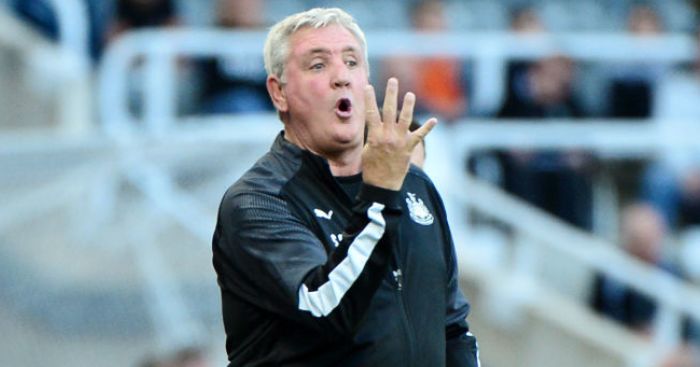 Newcastle head coach Steve Bruce has wished Ole Gunnar Solskjaer “the best of luck” at Manchester United ahead of their visit to St James’ Park on Sunday.

He said: “He’s got a hard job ahead of him, but he’s been given a wonderful opportunity.

“I wish him the best of luck.”

The Newcastle boss was in defiant mood as he prepared his team to bounce back from their 5-0 drubbing at Leicester.

Asked at his pre-match press conference about the criticism he had received since the horror show at the King Power Stadium, the 58-year-old said: “Mud has been thrown my way since I walked through the door. That isn’t going to change.

“The only thing that can change it for me is results and I’m determined to make it, if I possibly can, to turn it around and take the club forward.

“That’s been my remit since I walked through the door. Since I arrived here two or three months ago, that’s been the case, so it only heightens it.”

The Magpies have won only once in the league and currently sit just one place off the bottom of the table.

However Bruce, whose appointment as Rafael Benitez’s successor was far from universally welcomed, is taking all the criticism on the chin as he works to turn things around.

He said: “Well, I’m a resilient so-and-so. Hey listen, you wouldn’t be human if it didn’t affect you in some sort of way, but you try and try to get on with your job as best you can, and thankfully I’ve got a few years under my belt with experience to cope with it.

“It’s around the corner with every manager. Especially these days now, you don’t get the time that you would like to get, you have to have results instantly and at the moment, we haven’t had enough good ones.

“The flak always stops with me at the top of the tree. That’s the way the job is.”