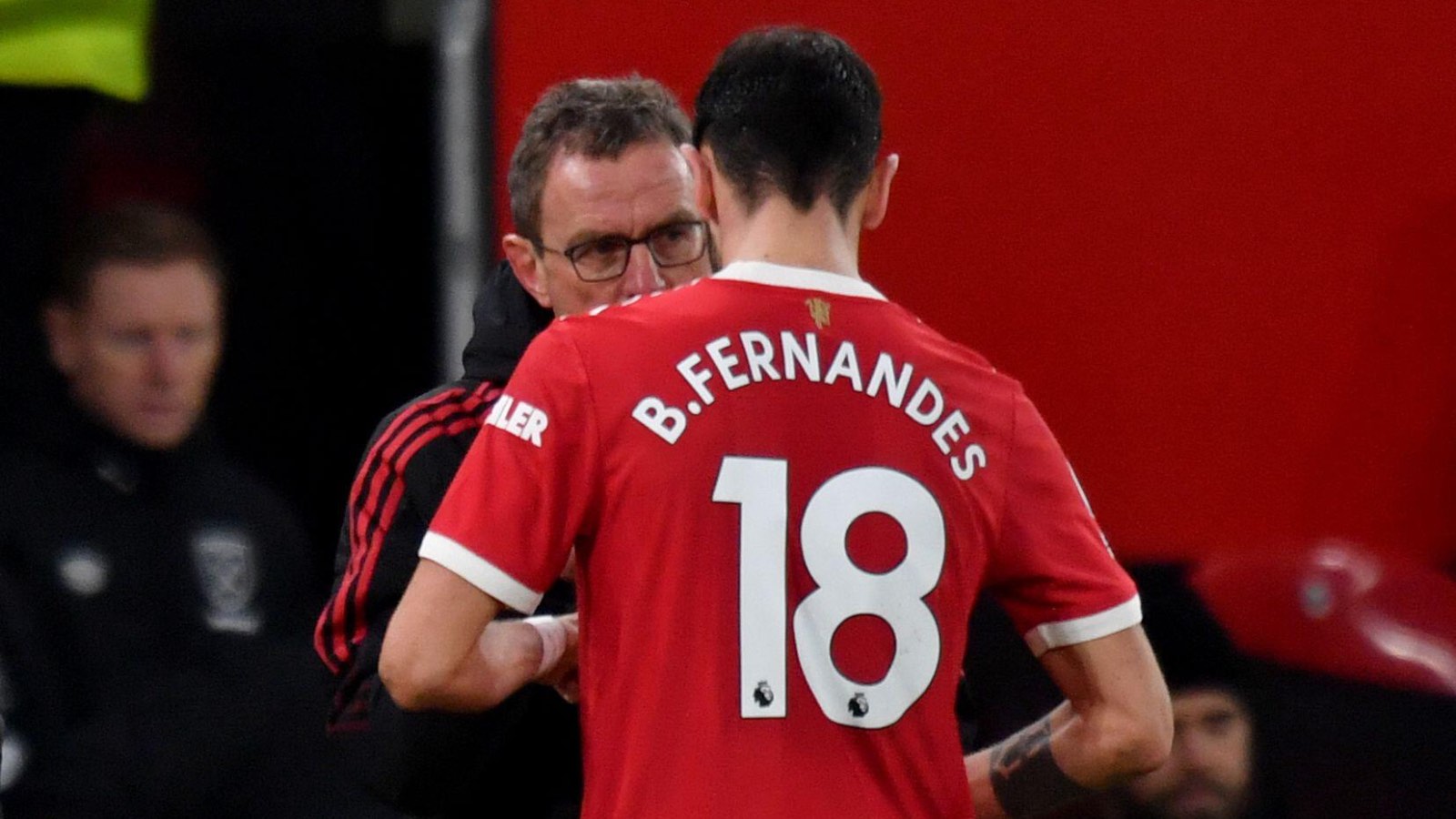 Rangnick was appointed as manager by United in an interim capacity in November last year following Solskjaer’s dismissal by the club.

The Austrian failed to turn United’s season around and oversaw their worst finish in Premier League history, before being replaced by new permanent boss Erik ten Hag.

Rangnick was openly critical of the club in his time at the helm, but was subjected to criticism himself for their displays on the pitch.

But in an interview with The Athletic, Bruno has said Rangnick had “good ideas” which the players were unable (or unwilling) to put into practice having become accustomed to a different style under Solskjaer.

Bruno said: “Ralf came with his idea of playing with intensity and pressing and how he was used to playing in Germany. But it did not quite work out with us because there was an atmosphere between everyone where the confidence was low and everything was really down. It is really difficult to come off when you are in that run.

“It is nothing to do with Ralf. He tried his best. He is a good manager with good ideas but it did not fit with everyone. This is because the team had been built with Ole and his idea, and then a new manager comes in with (his own idea). That probably could be the difference at the club because every manager who has been here has had different ideas, so they bring different players in.”

But the United playmaker was also full of praise for Solskjaer, who signed him from Sporting Lisbon, describing the Norwegian as “an amazing person, the kind of guy who cares about everyone, who tries to make everyone happy”.

Fernandes also recalled his emotional farewell with Solskjaer at the Carrington training ground and revealed he still talks with his former manager.

He added: “He still sends me some messages and says congratulations for certain things. He’s someone who I want to remain in touch with. I said that to him before he left the club.”