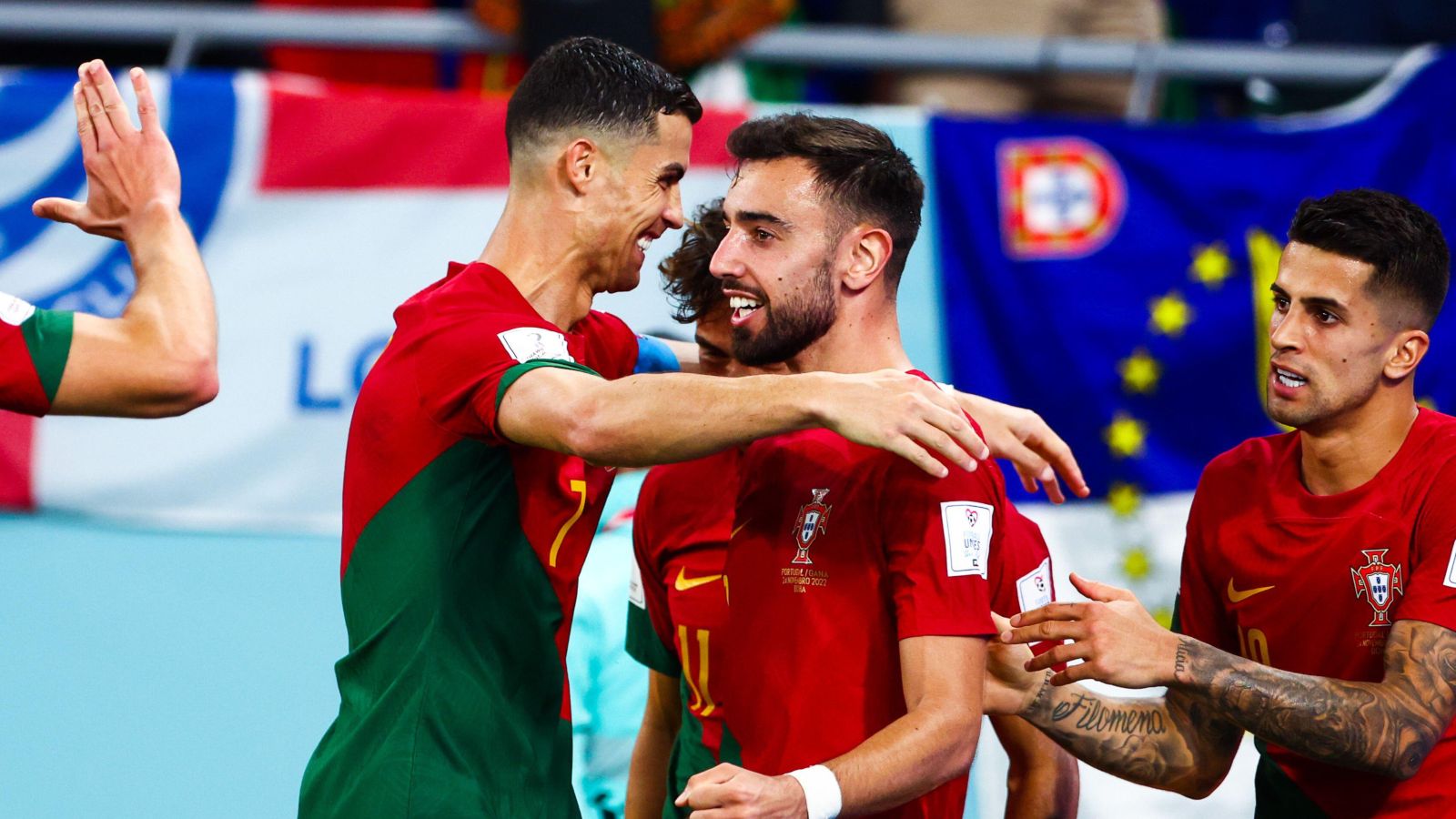 Bruno Fernandes has been told that he needs to “go up another level” for Manchester United and Portugal as he currently has a couple of “bad habits”.

The Red Devils paid an initial fee of around £47m to sign Fernandes from Sporting Lisbon at the start of 2020.

Fernandes hit the ground running as he was superb in his first 18 months at Man Utd. He scored 30 goals in his first 80 appearances for the Premier League side.

But the midfielder was one of the players who underperformed last season as United struggled under Ole Gunnar Solskjaer and Ralf Rangnick.

Admittedly, the midfielder has benefitted from a fresh start this season but has struggled to replicate the form he showed early into his Man Utd career.

Fernandes has netted just twice in 13 Premier League games this term. United will be demanding more from him in the coming months.

He is one of the main leaders at the club who will look to step up following Cristiano Ronaldo’s exit.

Ronaldo and Fernandes are team-mates international and they helped Portugal beat Ghana 3-2 in their World Cup opener on Thursday.

Speaking before this game, Graeme Souness pointed out that Fernandes needs to “get on with it” as he needs to stop with his “petulance”.

“He [Fernandes] has got the abilities you need, appears to have the right attitude when it comes to apologising to supporters when he doesn’t do well and being brave enough to get in front of the camera, it’s admirable,” Souness told ITV Sport.

“Another thing I don’t like is him in possession, he’s pointing to where you should be moving to. Just play the ball son, get on with it!

“Throwing your hands up and shrugging your shoulders when someone doesn’t pass to you – you don’t get top players doing that.”

Man Utd legend Roy Keane then suggested that Fernandes currently has “one or two bad habits” that he needs to rid of.

“He’s got one or two bad habits, but again, big stage for him. So much talent, he is a quality player, I do like watching him.

“But he’s got into this habit of putting his arms up in the air and pointing at people and he needs to go up another level.

“He’s got an opportunity with Portugal but I always want more from him. But in terms of talent, he’s got loads of it.”